K'OGALO BACK IN THE FRAME?

K'Ogalo's persistent inroads paid dividends in the 30th minute when Karim Abdoul pounced on a rebound to stab the ball into the bull's eye on the second bite of the cherry after the initial attempt bumped off the woodwork.

•At Ruaraka, Mathare United and Vihiga United played out a barren draw. 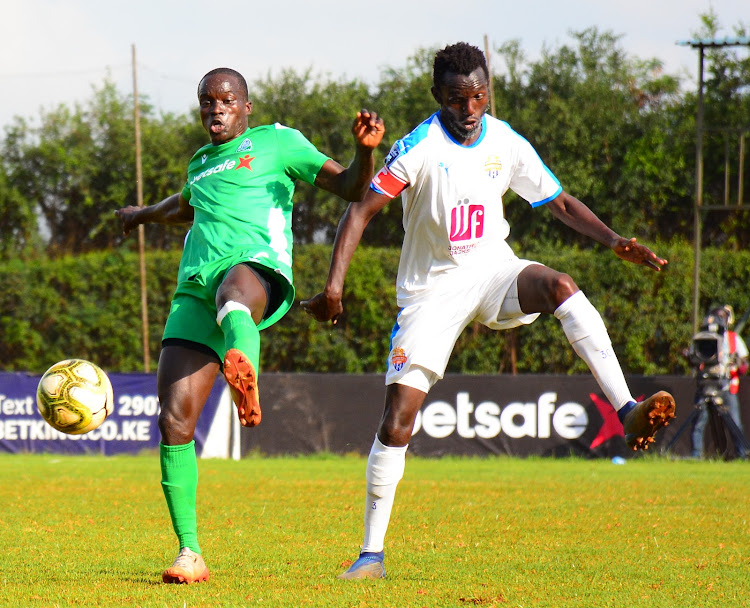 Looking visibly elated after they pipped Nairobi City Stars 1-0 at Utalii Grounds on Sunday, Pinto said he had observed marked improvement and believes they have the potential to pull off a surprise.

“Yes, I'm happy. We controlled the game. It wasn't easy for the players to run the way they did after such a long break. The players will grow step by step,” said Pinto.

On the other hand, City Stars coach Sanjin Alajic said his players squandered a perfect opportunity to stun the 18-time Kenyan champions.

“I congratulate my guys. We had better chances, better possession. I was surprised we lost the match. I believe we deserved better results. Ombija's red card made the situation more difficult for us," he said.

“I expected about 60 to 70 percent fitness but the players gave more.”

Gor took the battle to their opponents right from kickoff and it wasn't long before they earned a setpiece on the edge of the box three minutes into play.

City Stars earned a setpiece on the edge of the box in the 17th minute after Eric Ombija was brought down by Philemon Otieno but Anthony Kimani's resultant kick swiveled inches over the crossbar.

K'Ogalo's persistent inroads paid dividends in the 30th minute when Karim Abdoul pounced on a rebound to stab the ball into the net on the second bite of the cherry after the initial attempt bumped off the woodwork.

City Stars got a chance to restore parity in the 40th minute when Harun Shakava committed an infringement against Elvis Maloba.

Gad Mathews was forced into a full-stretch save to parry away Kimani's volley, the ball swirling away for City's second corner.

In the 72nd minute, Alagic introduced Nicholas Kipkirui for a visibly spent Maloba to rejuvenate the deflated attack.

City Stars were reduced to ten men when Ombija got his marching orders in the 76th minute.

Following the win, Gor have ascended to sixth on the log with 22 points, reigniting their feeble hopes of reclaiming the title.

Elsewhere, Sofapaka capitalised on home advantage to see off Wazito 2-0 at Wundanyi Stadium, Taveta. Nixon Omondi came on the end of Lawrence Juma's enticing cross to net the all-important opener in the 72nd minute. Then Juma sealed the win with a 94th-minute strike.

At Ruaraka, Mathare United and Vihiga United played out a barren draw.