•British media have reported England international Abraham, whose Chelsea contract is due to end in June 2023, as West Ham’s transfer target this summer.

•Abraham has been marginalised at the London club since the arrival of German manager Thomas Tuchel in January. 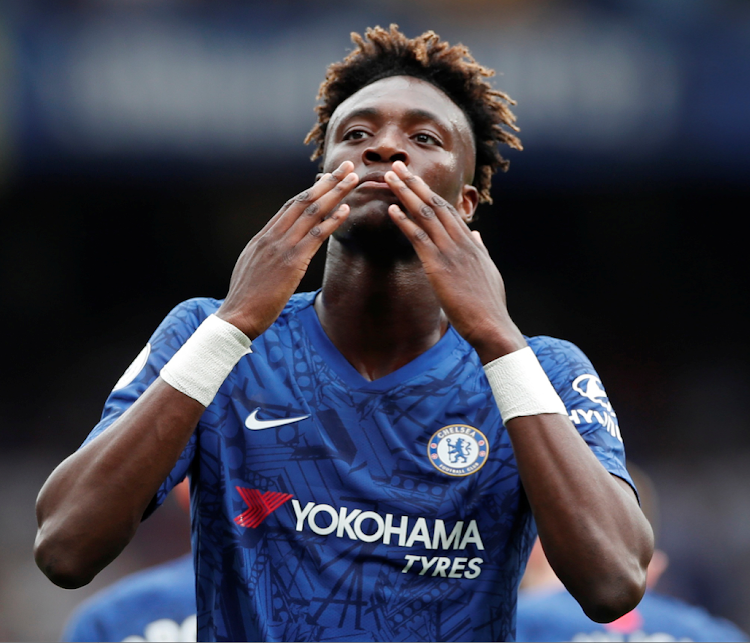 Abraham is Chelsea’s top scorer this season with 12 goals in all competitions but has found himself marginalised at the London club since the arrival of German manager Thomas Tuchel in January.

British media have reported England international Abraham, whose Chelsea contract is due to end in June 2023, as West Ham’s transfer target this summer.

“If that’s the figure and that’s what’s being said, we are ruled out,” Moyes said before Monday’s Premier League trip to Burnley.

“I don’t think we will be making a purchase of that for any one player. I’d be surprised if we were.”

West Ham are sixth in the league on 55 points after 33 games, six points behind fourth-placed Chelsea who have played a game more.

Meanwhile, Arsenal striker Pierre-Emerick Aubameyang said he was happy to score on his first start since recovering from malaria as the north London club secured a 2-0 Premier League victory against Newcastle United on Sunday.

Captain Aubameyang was sidelined after he contracted malaria while on international duty with Gabon in March and spent time in hospital last month.

The 31-year-old scored a second-half goal after Mohamed Elneny found the opener as Arsenal moved up to ninth in the league table.

“I was really happy to be back first and scoring a goal,” said Aubameyang, who has scored 15 goals in all competitions for Arsenal this season.

“When you are out for a few weeks you realise how good it is to be back on the pitch.

“At the end for the last five minutes, I was dying a little bit. But to tell the truth, I felt good the whole game so I was really happy with that. “I have to say that the doctors did incredible work with me ... I’m really thankful for them.”

Arsenal host Villarreal in the second leg of the Europa League semi-final on Thursday, having lost 2-1 in the first leg in Spain.