Chelsea’s Havertz desperate for more starts after brace against Fulham

Havertz joined Chelsea during the close season from Bayer Leverkusen and has struggled to justify his 71 million pounds ($98 million) price tag,

•Having helped Chelsea tighten their grip on fourth place in the league, Havertz said that he was desperate for more starts.

•After the Madrid game, Chelsea will take on league leaders Manchester City on Saturday and Havertz said the tight schedule was hard on players in the home stretch of the campaign. 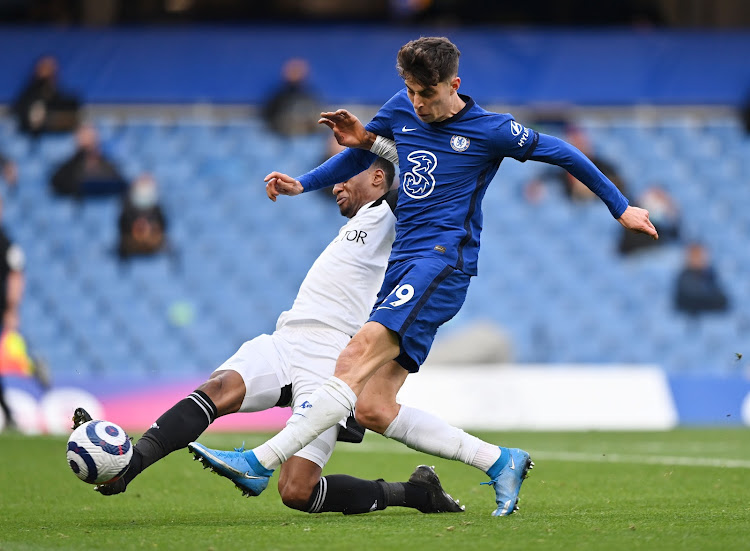 Chelsea midfielder Kai Havertz scored two goals in Saturday’s 2-0 Premier League victory over Fulham and the German said he hopes to retain his place in the starting side for the team’s midweek Champions League clash with Real Madrid.

Havertz joined Chelsea during the close season from Bayer Leverkusen and has struggled to justify his 71 million pounds ($98 million) price tag, but the 21-year-old handed manager Thomas Tuchel a timely reminder of his quality.

He did not play in Chelsea’s 1-0 league win over West Ham United and was a substitute in their 1-1 Champions League draw with Madrid in the first leg of their semi-final last week. The return leg is at Stamford Bridge on Wednesday.

Having helped Chelsea tighten their grip on fourth place in the league, Havertz said that he was desperate for more starts.

“This win is crucial for us and now on Wednesday another tough game,” Havertz told Sky Sports.

“It felt good to score early, that gave me confidence. For me, it’s always good to score and I’m happy to help the team with goals. I hope I can continue on Wednesday like this.

“I’m always desperate to start games... I know of course that we have a lot of quality players in the team... But I keep on going, I train hard and give my best when I’m on the pitch.”

After the Madrid game, Chelsea will take on league leaders Manchester City on Saturday and Havertz said the tight schedule was hard on players in the home stretch of the campaign.

“... You have to concentrate every three days on another game and another competition... it’s the end of the season and we’ve played nine months now already,” Havertz said. “But that’s the reason we are professionals.”

Meanwhile, a superb late goal from Aston Villa’s Anwar El Ghazi condemned Everton to a 2-1 defeat in an action-packed clash and hit their hopes of a top-four finish in the Premier League on Saturday.

The result left the Merseyside club, who have won only one of their last 10 league matches at home, eighth on 52 points while Villa moved two places up to ninth on 48 points. Everton trail fourth-placed Chelsea by nine points with five games left to play.

Villa missed plenty of chances in an action-packed first half after Ollie Watkins fired them ahead in the 13th minute but grabbed the winner out of the blue when El Ghazi unleashed an 80th-minute thunderbolt into the top corner.

Their manager Dean Smith was pleased with the outcome and acknowledged Villa still had plenty to play for as they rekindled hopes of securing a place in Europe.

“It’s easy for people to say we haven’t got anything to play for but we want to finish as high as we can,” Smith told the BBC. “We want to regain that momentum and consistency we had earlier in the season.

“It was a really good game of football and both teams tried to win. I think we deserved it on the balance of chances. Jordan Pickford was in really good form and denied Ollie Watkins time and time again.”

Having spurned an early chance, Watkins gave Villa the lead as he robbed Mason Holgate of the ball and steered a low shot past Everton goalkeeper Pickford but sloppy defending cost the visitors shortly afterwards.