Agogo in strange territory as he flirts with relegation

Stima sit at a lowly 15th place with 12 points from sixteen matches.

• The cash-strapped side find themselves embroiled in a tough fight for survival.

•The 31-year-old spent a couple of seasons at Gor Mahia, winning the league both times before returning to Western Stima. 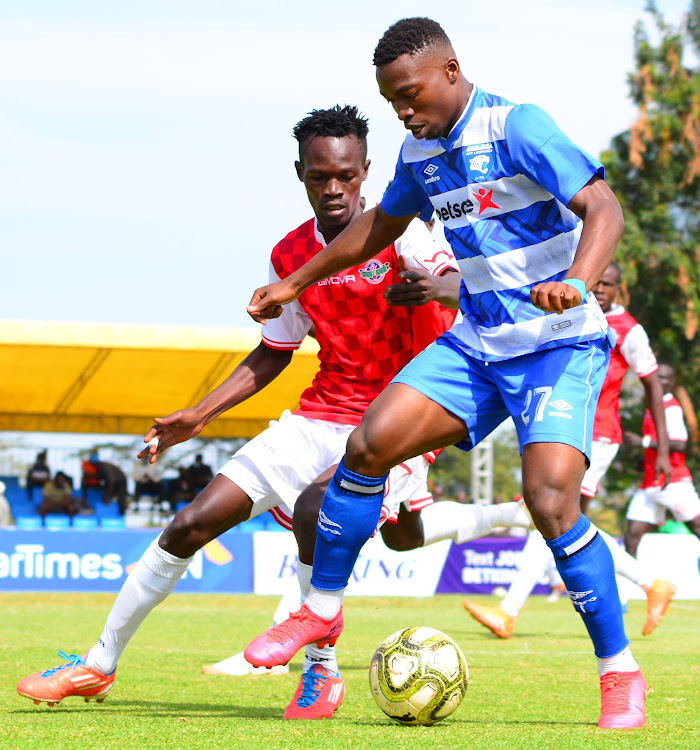 Forward Kennedy ‘Agogo’ Otieno has admitted he finds it strange to be fighting relegation in the Premier League this year after competing at the upper echelons of the top tier league.

The 31-year-old spent a couple of seasons at Gor, winning the league both times before returning to Western Stima. The cash-strapped side find themselves embroiled in a tough fight for survival. Stima sit at a lowly 15th place with 12 points from sixteen matches.

“The season has not been easy for me but I am positive I can add some goals to my account despite starting off from the mid point of the first leg,” said the Premier league veteran. “We are not near where we want to be as a team. Our main target is to fight for the team to survive,” he said.

The player admitted that it has taken a strong will from him to get accustomed to fighting off relegation having been in a team that regularly challenged for trophies. “It’s so stressful but from the past experiences, I am coping up with the situation and fighting hard,” he said.

Agogo pointed out that the unexpected suspension of the football campaign came at the wrong time for him and his teammates. “The Covid-19 break has left us in uncertainty because we had already started picking up well. So I am not sure how it will be because mentally, the team has been affected,” he rued.

Stima lost nearly all their players from the last campaign due to financial constraints with Agogo among the familiar faces in a new look side that was rocked by match-fixing allegations. A Ugandan national was charged with trying to bribe some players.

Stima chairman Laban Jobita allegedly withdrew the charges at the Kisumu High court. Stima are just four points off the bottom of the table currently occupied by Zoo Kericho.