PROUD OF THE BADGE

Gor are still the best in the FKF-PL, insists Macharia

•Despite the club's lackadaisical performance in the Caf Champions League where they were forced into an early exit, Macharia says fans should spare them the flak.

•Gor were demoted to the Confederations Cup where they also stumbled out in the first round but Macharia maintains they did their best. 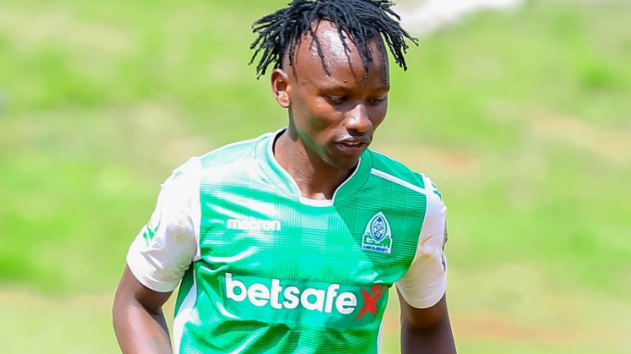 “I can’t say there is any tough match we’ve played locally because we are used to them and we are always on top of our game – we dominate yes, but sometimes we concede easy goals from our simple mistakes.

“There is quality in the team and we always do try to bring out our best – we just need to work on the mistakes that make us concede such goals and all will be fine,” he said.

Macharia is convinced Gor still possess sufficient arsenal to charge for the title this season and has urged his teammates to put aside their previous disappointing results and focus on their remaining matches.

“We are not at the position we want because we know what we are capable of. We just have to forget the past results and focus on the remaining matches which are really important. I still believe we are the best and we are capable of doing it.”

Macharia believes his form at K’Ogalo can only get better after his stint with the side took off on an unfortunate note following an ailment he suffered and an injury he picked immediately he joined the side.

“My time at the club hasn’t been bad and I can’t complain… it’s been a good run though I had a tough start – getting sick for weeks then after recovering, I picked up an injury that kept me out for a while.

“I had to work on it and put in more efforts when coach Vaz Pinto arrived and I must admit it’s been a good one all through because we’ve worked well and gelled as a team,” Macharia says.

And despite the club's lackadaisical performance in the Caf Champions League where they were forced into an early exit, Macharia says fans should spare them the flak.

Gor were demoted to the Confederations Cup where they also stumbled out in the first round but Macharia maintains they did their best.

“Playing in various competitions with the team has been a great experience and a good exposure. I can’t say we were badly off in Caf matches – we did the best we could to qualify, we had a good game but sometimes things happen beyond your control. We just have to put our heads up and focus on future tasks,” concluded Macharia.