Liverpool back in action as battle for top four hots up

They go to this game placed sixth in the Premier League standings with 53 points while Newcastle United have 35 points, in 15th place. Liverpool are currently two points behind fourth-placed Chelsea.

• Ahead of hosting their first Premier League Roses derby since October 2003, Leeds United have recorded positive results against giants Manchester City and Liverpool. 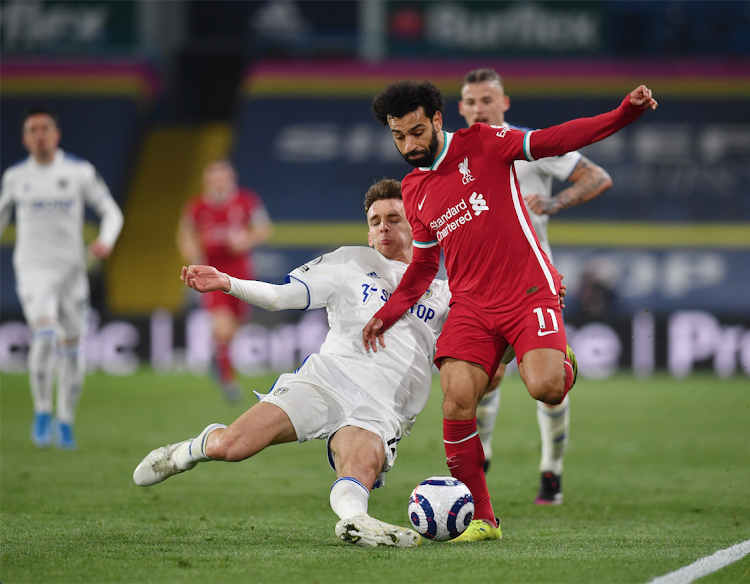 Liverpool will be back in action on Saturday, seeking to strengthen their push for a top-four finish when they welcome Newcastle United at Anfield.

They go to this game placed sixth in the Premier League standings with 53 points while Newcastle United have 35 points, in 15th place. Liverpool are currently two points behind fourth-placed Chelsea.

Perhaps needing a tonic after European elimination, Liverpool faces an opponent against whom they boast a strong recent history at home. The ‘Reds’ have won 83.33 per cent of their last 24 home league clashes against Newcastle, with 70 per cent of those victories coming after a won first half.

Newcastle United won a thriller last weekend (3-2) against West Ham United despite losing the second half 2-1, via late goals.

The visitors have lost four of their last seven away league games, with each loss seeing them lose one half by a 2-0 scoreline. However, seven of Newcastle’s last eight Premier League victories have seen the decider arrive beyond the hour mark so a shift may be seen in this match up.

West Ham’s Champions League ambitions remain intact despite their 3-2 reverse to Newcastle, their fourth consecutive Premier League game to feature over 4.5 goals. The ‘Hammers’ are more secure at home and having conceded just one league goal prior to the 30th minute here this term, they’ve become hard to break down. Furthermore, they’ve lost just one PL game here this season after netting the opener, although that was against another top-four contender in Manchester United.

Chelsea’s 0-0 midweek draw with Brighton & Hove Albion saw them miss the chance to go third in the table, although they did leapfrog their hosts back into the all-important UCL position. Looking increasingly likely to achieve a top-four finish, they’ve kept 15 clean sheets in 20 competitive games under Thomas Tuchel and haven’t conceded prior to the 30th minute therein.

Impressively, the ‘Blues’ haven’t lost any of their six away league matches since he took charge in January, three of which saw them net from the penalty spot. However, they’ve only won one of their last six competitive H2Hs as the away side.

Ahead of hosting their first Premier League Roses derby since October 2003, Leeds United have recorded positive results against giants Manchester City and Liverpool. Leeds are targeting a top-half finish despite being the only side outside of the bottom six to have conceded in both halves on more than ten occasions this season.

Manchester United, who lead the all-time league head-to-head record, have netted in or after the 90th minute in each of their last four competitive games. Unbeaten in 12 league games, they’re seeking to overhaul an 11-point deficit behind City with six fixtures to go.

United haven’t lost an away league game since February 2020, the second-longest ever such run in PL history and they’ve dropped just four points when visiting sides lower than ninth this term. They’ve now rescued 25 points after conceding first on the road this term.