NOW BRING IT ON

Chelsea are closing the gap with City, says Tuchel after win

•The victory for the Blues —Tuchel’s first over Guardiola—contrasted with a 3-1 drubbing at home by City in early January, which hastened the departure of former Chelsea boss Frank Lampard and his replacement by Tuchel. 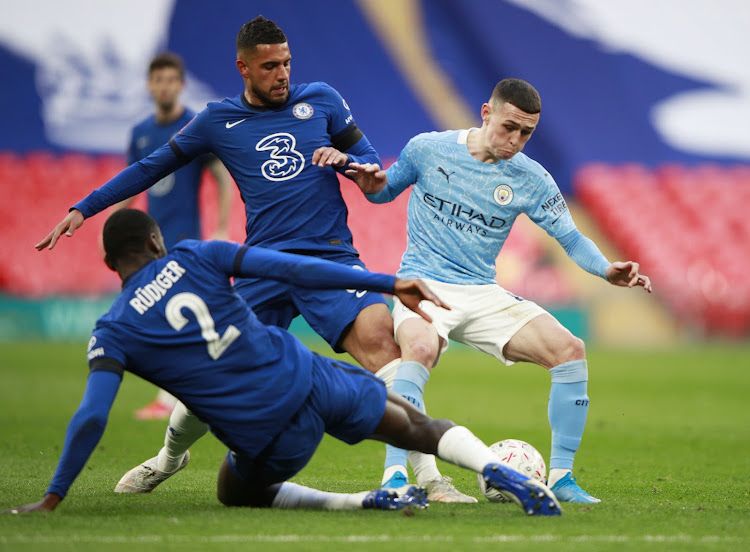 Chelsea coach Thomas Tuchel said his side were closing the gap with Manchester City and their “benchmark” coach Pep Guardiola after the Londoners’ 1-0 FA Cup semi-final win on Saturday.

The victory for the Blues —Tuchel’s first over Guardiola—contrasted with a 3-1 drubbing at home by City in early January, which hastened the departure of former Chelsea boss Frank Lampard and his replacement by Tuchel.

“If you play against Pep, you know that you play against the highest level in Europe because everywhere where he was on the sidelines, with Barcelona, Bayern Munich and now Manchester City, he was the benchmark for years with his teams and he is again,” Tuchel said.

“Our target is to close the gap for the 90 minutes because it’s possible in football and if you arrive in a good momentum, you can make this happen,” he said. “I am very, very happy and proud of the performance of our team because we played with a lot of courage.”

Saturday’s win —secured with a 55th-minute goal by Morocco forward Hakim Ziyech — leaves Chelsea in the hunt for silverware in the May 15 FA Cup final against either Leicester City or Southampton, and in the Champions League with a semi-final clash looming against Real Madrid.

Tuchel said beating Manchester City would give the young players in his squad a confidence boost but he reminded them that they now faced a “crucial week” in the Premier League. Chelsea host Brighton on Tuesday and travel next Saturday to West Ham United who are locked in a battle with the Blues for a top-four finish.

Guardiola congratulated Chelsea for their win but said the match could have gone either way. “It was a tight game. Anything could happen,” he said.

The Spaniard bristled when asked by a reporter whether his decision to make eight changes from the side which beat Borussia Dortmund in the Champions League midweek had contributed to the defeat.

“I am delighted with what we have done so far. The amount of games we have played... and all the players make absolutely everything,” he said. “Do you think we don’t pay attention in the game?”

Elsewhere, Man City skipper Fernandinho said Saturday’s 1-0 FA Cup semi-final defeat by Chelsea was difficult to take but he backed the team to overcome the disappointment and focus on their upcoming challenges.

Eight-times FA Cup winners Chelsea advanced to another final thanks to a second-half goal by Hakim Ziyech. The result ended City’s dream of an unprecedented quadruple of titles, but Fernandinho said they were beaten by the better side.

“It’s a big disappointment to lose an FA Cup semi-final - it’s hard to take. It was an important match for us but they were a bit better than us... congratulations to them,” Fernandinho told reporters.

City, who are 11 points clear at the top of the Premier League, take on Tottenham Hotspur in the League Cup final later this month and are in the Champions League semi-finals where they face Paris St Germain.

Midfielder Fernandinho said his side had to turn their attention to Wednesday’s league game at Aston Villa. City need 11 points from their six remaining games to secure a third league title in four years.