The Spaniard has not won the Champions League trophy since his time at Barcelona 10 years ago,

•Guardiola was also unable to win the top European club title in his three years at Bayern Munich from 2013-16.

•Guardiola’s team had to come from a goal down with second half goals from Riyad Mahrez and Phil Foden to earn a 4-2 aggregate win over Dortmund. 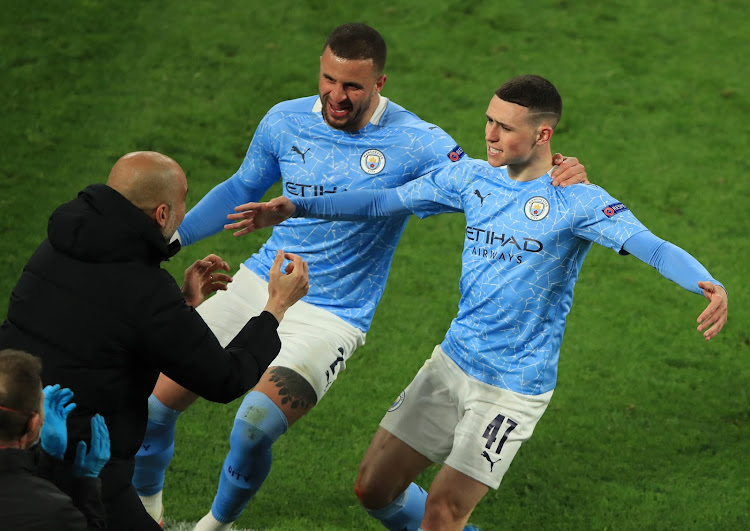 Manchester City coach Pep Guardiola wants even more success after his team reached the last four of the Champions League for only the second time with a 2-1 win at Borussia Dortmund on Wednesday.

The Spaniard, who has not won the trophy since his time at Barcelona 10 years ago, led City to quarter-final defeat in the last three seasons, and had said that another unsuccessful attempt to reach the last four would make him a “failure”.

Guardiola was also unable to win the top European club title in his three years at Bayern Munich from 2013-16. “It feels incredible. This is the second time we have got to the semi-finals, so there is not much history for our club here,” he said after reaching the last four for the eighth time in his coaching career.

“For the club it is so important, we cannot deny it,” he said. “Psychologically, for all of us to get past this moment (of the quarter-final stage) was necessary of course.

“Now we want more. We know how tough (semi-final opponents) Paris St Germain are. They eliminated Bayern Munich. We will see what happens. But for the club and for the players a big moment.”

Guardiola’s team had to come from a goal down with second half goals from Riyad Mahrez and Phil Foden to earn a 4-2 aggregate win over Dortmund.

It was the Germans who struck first through Jude Bellingham but City, who can win four titles this season, kept their cool to turn the game around.

“We were brilliant except the first 15 minutes when they were good. The last 30 minutes and the second half we were good,” Guardiola said. “The way we played 30 minutes of first half and especially second half. Personality, we passed the ball, and we did it.”

City also managed to shut out top Dortmund striker Erling Haaland over both games. “We are incredibly happy to be in the semi-finals, the best four teams in Europe and against big, strong teams,” Guardiola said. “One game at a time, never speak about the four titles.”

Foden, who also scored the winner in their 2-1 first-leg victory at home last week, made his City debut in 2017 as a substitute in a Champions League game against Feyenoord but limited playing time in the last couple of seasons meant he was linked with loan moves away.

But the 20-year-old has been a standout player for City this season, tallying six goals and five assists in the Premier League, and is considered one of England’s brightest prospects. “He scored two important goals to help us be in the semi-finals,” said Guardiola. “He is learning to make decisions. “He always creates something. He is dynamic offensively, defensively and in the small spaces.

“You have the feeling he is a guy who never hides.”