Currently at the peak of his glittering career, it won't be surprising to see Muguna bolt out of the K'Ogalo fold as he fervently rummages through the wilderness for lush greener pastures.

•And with only six months left on his shaky contract, Muguna's departure from K'Ogalo appears to be increasingly imminent given the club is yet to engage him in any serious negotiations for a fresh deal.

•The 2016 Kenyan Premier League Most Valuable Player has since been linked with moves to Angolan side Petro Atletico, Congolese giants DC Motema Pembe and Tanzanian champions Simba SC. 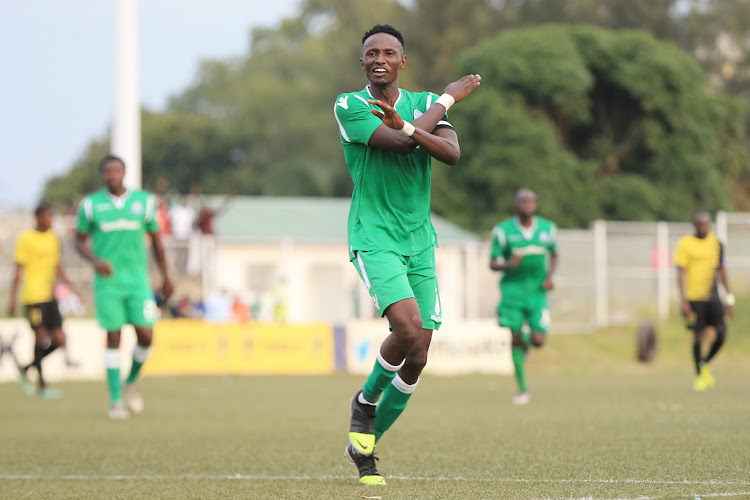 Over the weekend, Muguna revealed he had found a new home at Majestic Management Multi Global Concept Limited.

“I have penned a deal with another agency after the contract I had with my previous agent ran out. My new agent will handle my transfers beginning the next transfer window," said Muguna.

"They possess a wealth of experience, having previously held brief for players like Modou Barrow and Ogenyi Onazi.”

Currently at the peak of his glittering career, it won't be surprising to see Muguna bolt out of the K'Ogalo fold as he fervently rummages through the wilderness for lush greener pastures.

His top-notch performance for the national team in their Africa Cup of Nations qualifier against Egypt at Moi Stadium, Kasarani — which ended in a one-all draw — summarises his current amazing form.

And despite this being a chequered season for the 18-time Football Kenya Federation Premier League champions Gor Mahia, Muguna has made the best out of it, finding the back of the net three times and providing six assists.

Muguna celebrated his third goal of the season when he last featured for K'Ogalo in their league match against Bidco United, whom they saw off 3-1.

The 2016 KPL Most Valuable Player has since been linked with Angolan side Petro Atletico, Congolese giants DC Motema Pembe and Tanzanian champions Simba SC.

And with only six months left on his contract with Gor, Muguna's departure appears imminent, now that the club is yet to engage him in any serious negotiations for a fresh deal.

“I have not received any offers so far.  I only have six months left on my contract with Gor. They are yet to engage me in new contract negotiations.”

While still at it, the 25-year-old gives the clearest indication yet he is shopping around for a new well-oiled suitor.

“I wish to sign up for a team in a quality league. I will also pay great attention to finances given I’m not getting any younger. I will not join any team blindly,” said Muguna.

Muguna's goose might have just as well been already cooked. Early March, the club's management made a drastic decision to strip him of the captaincy, choosing to replace him with Harun Shakava in a shock overhaul of the team's leadership which also claimed the scalp of goalkeeper trainer Willis Ochieng.

The development came hot on the heels of damning allegations some of Gor players were deeply entangled in match-fixing scams.

A source at K'Ogalo also revealed Muguna had on several occasions rubbed chairman Ambrose Rachier and his team the wrong way after spearheading heated campaigns to have players' dues settled in good time.

He has experienced mixed fortunes with the side he joined in 2016, first bolting out in protest following a heated disagreement and rejoining them in 2018 after his subsequent attempt to turn professional with KF Tirana in Albania hit a dead end.