Aluoch now says she lost key four players to pregnancy when the league was halted last year when the virus broke out for the first time.

•Meanwhile, Aluoch who took over from long serving Mary Adhiambo last week, says the Zone A tail-enders could stumble on a lifeline and evade relegation if they manage to amass nine points from their remaining four matches. 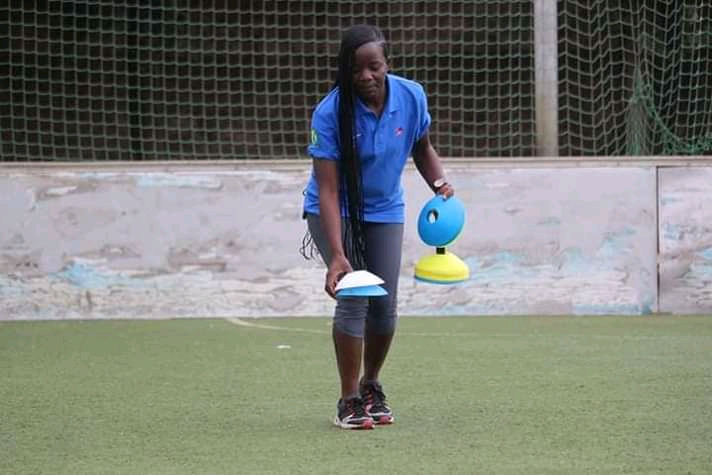 Newly-appointed Mathare United Women's head coach Ann Aluoch is scared stiff over the immediate safety of her players after the Women's Premier League was halted.

On Friday, Football Kenya Federation called off all leagues and competitions across the country following President Uhuru Kenyatta's directive in the latest restrictions in the fight against coronavirus.

Aluoch now said she lost key four players to pregnancy when the league was halted last year following the outbreak of the coronavirus in the country.

"My appeal to the government is to find other ways of containing this pandemic. I don't think imposing a ban on sports is the only solution. In fact, it might only worsen the situation," said Aluoch.

"For example, we were hit hard when four of our key players were forced out of action after getting pregnant during the previous Covid-19 break. They have finally come back for training but you can only imagine how they are struggling to regain form."

Meanwhile, Aluoch who took over from long-serving Mary Adhiambo last week, said the Zone 'A' tail-enders could stumble on a lifeline and evade relegation if they manage nine points from their remaining four matches.

The league is at its final stages with Zone 'B' side Eldoret Falcons having already been axed from the top tier after a pathetic season that strung in a streak of consecutive losses.

"It's still too early to rule ourselves out completely given we still have four more matches at hand. I'm urging the players to step up their urge to survive by winning the remaining matches. That's the only way we can evade the axe," said Aluoch.

"My immediate task is to help the team maintain KWPL status. But if it turns out that we end up being demoted to Division One, then we will work extremely hard to reclaim our rightful spot in the top tier."