'SUCCESS ON THE PITCH'

Inside Levy’s 20 years as Tottenham chairman

Levy would not tell then manager George Graham who to pick, he insisted, but he would take an interest in the way Tottenham developed youngsters.

• It is a status symbol — Levy pushed for the additional seats which make it the biggest club ground in London — and, once conditions allow, it will become a cash cow.

• Speaking to people who know Levy well, a couple of significant details emerge. Firstly, he is passionate about Tottenham; the club, the fans and the area. 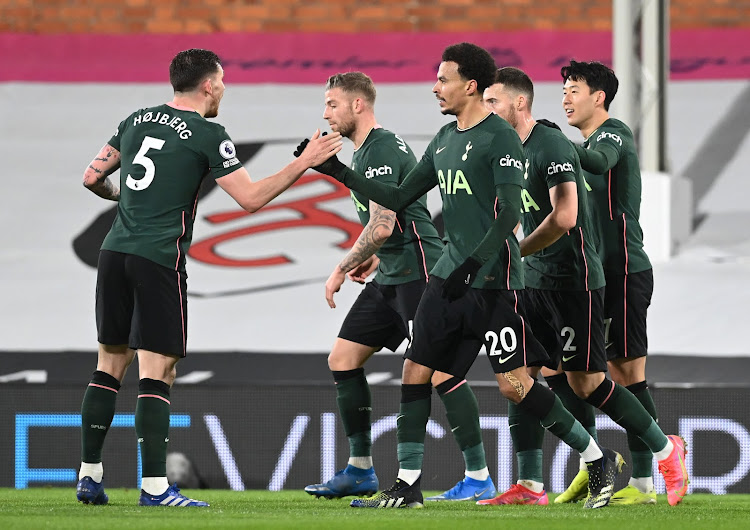 On 11 March 2001, two days after his appointment as Tottenham chairman, a very rare interview with Daniel Levy was published in Sunday Business.

As he prepares to celebrate 20 years in charge of one of England’s biggest clubs — underlining his status as by far the longest-serving chairman in the Premier League — it is remarkable how relevant Levy’s words remain.

He contrasted White Hart Lane with the home of Glasgow Rangers, where he had been a non-executive director. You could “smell the history” at Ibrox, Levy explained, whereas he pointed out that some corridors at Tottenham “felt like a jail” because they were unpainted and bare.

Levy would not tell then manager George Graham who to pick, he insisted, but he would take an interest in the way Tottenham developed youngsters.

And, while, as a lifelong supporter and season-ticket holder, he knew well that fans wanted to see Tottenham “at the top of the league”, he also warned there had to be a balance between shareholders “who want profit” and fans “who want success on the pitch”. “Sometimes,” he said, “the two do not go together.”

Considering the two clear successes of Levy’s tenure are Tottenham’s magnificent new stadium and a training ground that stands comparison with the best in the world, while the issues he is most criticised for are investment on the playing side and a lack of trophies, the subject matter could not have been more apt.

Speaking to people who know Levy well, a couple of significant details emerge. Firstly, he is passionate about Tottenham; the club, the fans and the area. Secondly, he is very conscious of the financial responsibility needed to run Spurs.

Sometimes, that has the unintended capacity to attract negative publicity. In February 2019, after three years of negotiating, Premier League clubs voted unanimously to cap away ticket prices at £30. The vote was very nearly 19-1. Levy was the dissenter. He felt there was a better way of helping his club’s travelling support - which would have cost Tottenham more than the policy that was adopted. When it was pointed out his rationale would probably get lost amid the general outcry that he had opposed the cap, Levy relented.

It was the same with Tottenham’s controversial decision to put non-playing staff on furlough at the start of the pandemic. The reality is Levy runs a self-contained business. He felt using government support was the best way of protecting Tottenham and the people who work for it.

The outside world view Tottenham as a Premier League club that pays its players massive salaries and is owned by billionaire tax exile Joe Lewis. Levy was told the move would look terrible. After two weeks, the decision was reversed. Despite outside appearances, his sole motivation was to do the best for Tottenham.

Former manager David Pleat, who was director of football when Levy became chairman and still has close connections with the club, was impressed from their first meeting.

“I met Daniel at the offices of Warner Bros in Regent Street,” Pleat told BBC Sport. “He moved fast to sort out the staff who were meandering along and taking advantage of the club’s standing in football. He had an understanding of Tottenham’s motto “audere est facere” — “to dare is to do”. When he had to make changes of management he did so swiftly and effectively, always sensing when there was a downward curve and reacting quickly.”

Levy himself has recalled the brutal way he replaced Juande Ramos with Harry Redknapp in October 2008. “I decided on the Friday morning,” he reflected. “By Saturday night it was all done.” Similarly, Jose Mourinho was confirmed as boss a day after Mauricio Pochettino was sacked. Levy has described the decision to dismiss Pochettino as the hardest he has ever had to make.

The speed with which Levy acted is in line with his reputation as a tough negotiator.

Former Manchester United manager Sir Alex Ferguson described dealing with him as “more painful than my hip replacement”. Fellow executives have described liking the “joust” of dealing with Levy. Others talk warmly of the respect they have for him, that, while he is a hard businessman, he is also fair and honest.

Former Tottenham midfielder Jermaine Jenas offered a fascinating insight into how Levy can be both friend and foe.

“When I joined Spurs [from Newcastle in 2005] I wasn’t as happy as I thought I was going to be,” he said. “I wasn’t playing well and the system didn’t suit me. But after six months Levy said he wanted to offer me another two years on better money. I thought it would be a fresh start, so said ‘let’s do it’.

“Then we had this game against West Brom. I didn’t play well and got shifted to right-back. I said I need to leave. I rang my agent and said ‘I don’t want Daniel’s deal’. Levy came down to the training ground. He wasn’t in a good mood. He said ‘are you a man of your word or not?’. That’s when I saw his persuasive side because we both calmed down, had a good chat and he persuaded me to sign.”

Levy has never made a conscious effort to resist the hard-man image, presumably because it can be used to his advantage. But there is far more to him than that.

Former Premier League executive chairman Richard Scudamore would often use Levy as a sounding board, partly because he was well connected and switched on but also because he could be trusted not to divulge the information.

By nature he is more comfortable having chats with smaller groups rather than grandstanding for public consumption, which is why interviews with him are so rare.

“I have always found Daniel to be intelligent, calm and considerate,” said Pleat. “He has never shouted his mouth off in public. He has never been critical of management or supporters. He has played a very crucial and important role in knowing when to speak and when to let things ride.”

It can only be imagined how much time and stress were involved in building the training ground - opened in 2012 - and Tottenham’s magnificent £1.2bn stadium, given Levy has been described as both a true visionary and a control freak, a man who works 24/7.

Neither of these centre-piece elements of the Tottenham story happened by accident. Pleat regards the training centre as Levy’s greatest legacy. It was constructed in a way that allows parents to plot the progress of their child as they go through the building. The club view it as a major asset in persuading youngsters to join them.

There is the famous story of Levy attending the formal opening of the Football Association’s St George’s Park training facility in the Midlands. Levy was in attendance, he said quietly, because he wanted to see whether it was better than his own. He decided quickly it wasn’t.

The stadium is described by club insiders as “a game changer”. It is unique in having deals in place for the world’s two most popular sporting leagues - the Premier League and NFL — to play matches in it.

It is a status symbol — Levy pushed for the additional seats which make it the biggest club ground in London — and, once conditions allow, it will become a cash cow. It has already helped Tottenham generate the highest matchday income in the Premier League.

Levy believes it will be transformative both for the club and the area, although the short-term financial impact of the coronavirus pandemic — it will cost the club around £150m this season — will delay the impact.

There is no doubt what is described as a “long-term journey” has, overall, been positive. After failing to record a single top-six finish in the decade before Levy’s arrival, Tottenham have done so 13 times in the two decades since.

The glaring issue is a lack of silverware since the 2008 League Cup, the only trophy they have won during Levy’s time at the helm. He wants it to happen — ideally when Tottenham play Manchester City in the Carabao Cup final at Wembley on 25 April.

He knows there are no guarantees, either then or in the future, but without external funding he has created all the component parts required for Tottenham to be successful.

“Daniel comes under a lot of pressure but what he is creating is just top,” said Jenas. “They aren’t going away. You don’t build that for it to go away. There is no doubt they need trophies but would you get Mourinho if you didn’t have that stadium? Would they be linked with Julian Nagelsmann, one of Europe’s most up-and-coming managers?

“Tottenham are looked at as a top club in Europe.”