Kipyegon: Another gem from athletics-rich region

•The current crop of players from the Great Rift include avid goal poacher Nicholas Kipkirui who is reportedly headed to Tusker after an impressive stint with Kenyan champions Gor Mahia. 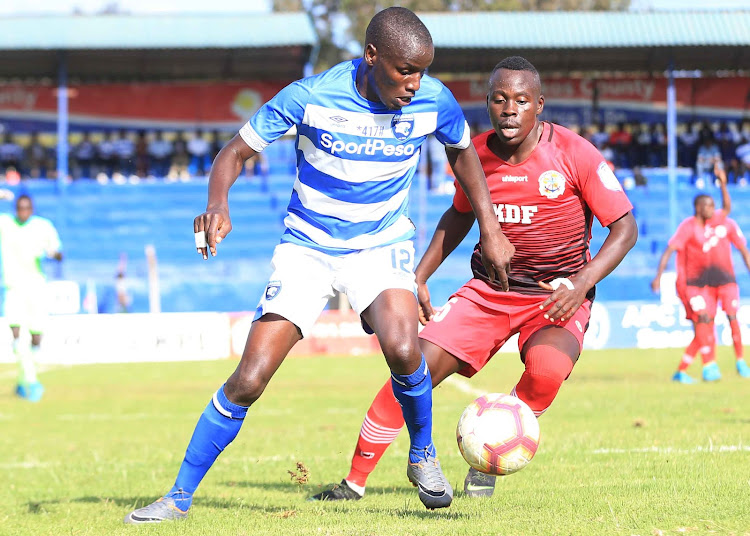 AFC Leopards' Isaac Kipyegon in action against Ulinzi's Bryan Birgen in a past match
Image: FILE

While the Great Rift Valley is known the world over to be the shop floor of world class runners, the place hardly produces football luminaries.

There have been a few exceptions though judging by the likes of Jimmy Rero who played for Nakuru All Stars in the 1960s as a defender, as well as his son Tom who was voted the 1998 Kenya Football Federation (KFF) Player of the Year while turning out for the defunct former Kenyan Premier League side Eldoret KCC.

Those who have been keen on the local football scene may also remember Kericho Olympic Youth Centre custodian David Sawe who  played for Nakuru’s Abeingo in the 70s before earning a call up to the men’s national team as a reserve goalkeeper.

And who doesn’t recall the splendid exploits of former Harambee Stars and Tusker, Rivatex and Raymond FC midfielder Sammy Sholei who left an indelible mark in his stellar career spanning almost a decade.

Sholei rode to the finals of the Caf Cup Winners’ Cup in 1994 with Kenya Breweries  and earned 20 national team caps before eventually retiring from club and international football in 1997.

The current crop of players from the Great Rift include avid goal poacher Nicholas Kipkirui who is reportedly headed to Tusker after an impressive stint with Kenyan champions Gor Mahia.

There is also Bryan Birgen, the Ulinzi Stars right-back whose father, Joe, also turned out for Waterworks FC which later re-branded as Ulinzi Stars.

The latest inclusion in the ballooning list of footballers emerging from the Rift is AFC Leopards left-back Isaac Kipyegon who bears the flag for the region in the FKF Premier League.

The only child of a single mother, Isaac Kipyegon was born on July 2, 1994 at Chepsir in Kericho where tea plantations are more famous than sports personalities. 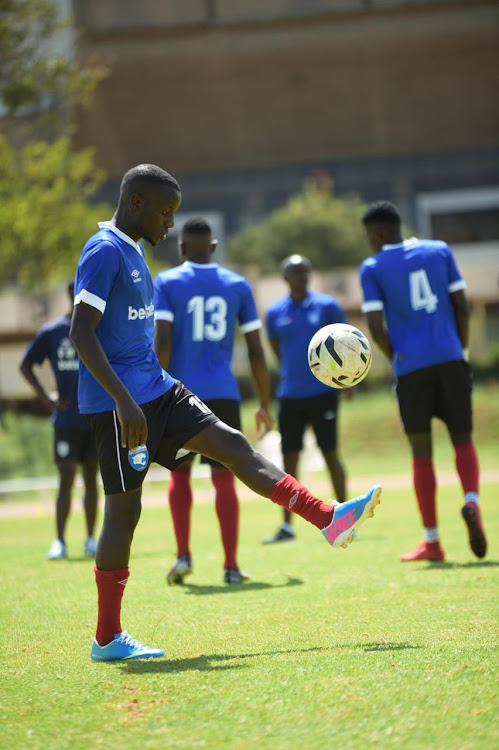 He was exactly 14 when he began ploughing through football and although his mother Margaret Chepkoech never encouraged him to pursue the game, Kipyegon possessed a relentless urge to succeed in the sport he seemed so passionate about.

“On numerous occasions, I was caned when I went back home after practice. My mother wanted me to focus on academics,” says Kipyegon.

In one way or another, his mother later had a gradual change of heart. She has now turned out to be his strongest pillar along his chequered journey. Kipyegon is even happier now because his grandmother, Ruth Chepkwony, happens to be his number one fan.

Both mother and granny are committed to helping him progress on the pitch and have been attending some of his matches in the top flight league just to keep his zeal alive and intact.

Besides them, Kipyegon says he is also indebted to two great men who shaped his path during his formative years.

“I remember I was only 14 years old when I began cutting teeth in football under the watchful eyes of the late coach Hamadi and Ibrahim Muganda,” said Kipyegon.

It was at a time he was doing his final year at Kapkatungor  Primary School before he eventually joined Moi Sitotwet Secondary School after successfully completing his Kenya Certificate of Primary Education exam.

At Moi Sitotwet, Kipyegon proved to be a gem, at one time propelling his school to the district finals as his leadership abilities also came to the fore. 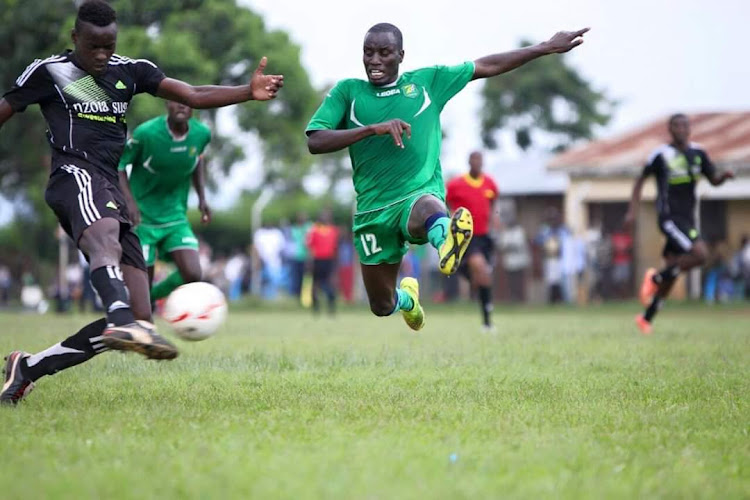 (1)Kipyegon while turning out for Zoo against Nzoia in a past Kenyan Premier League match
Image: COURTESY

Kipyegon’s impressive performance during the district inter-school tournament captured the imagination of Zoo Kericho scouts who enticed him with an offer to join the side to help them battle for promotion to the Kenyan Premier League.

“I stumbled upon the opportunity to feature in the National Super League after Zoo’s team manager Muganda spotted me during the school games and got impressed with what he saw,” said Kipyegon.

Kipyegon says it took him quite sometime before eventually making the big break into Zoo’s first team and never looked back thereafter.

Coach Fred Ambani handed him his first assignment for the side, fielding him in a National Super League encounter against Finlays Horticulture which they won 2-1. Kipyegon proudly relives the best day of his career when his solitary goal in stoppage time propelled Zoo to promotion in 2018.

“I converted a free-kick in the 90th minute during our final league match of the season against Bidco United at the Thika Municipal Stadium.”

So good was he that his fine exploits in the field of play ultimately caught the eyes of AFC Leopards tactician Nicola Kavasovic who instantly offered him a deal at the den. Kipyegon admits he vastly admires Kenyan international and Napsa defender David Owino ‘Calabar’ and looks up to him as his local role model. 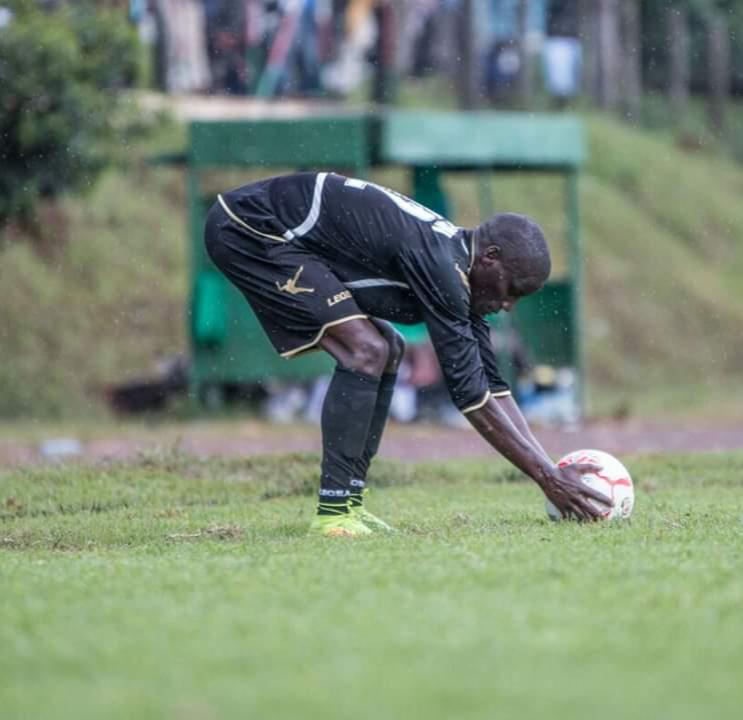 Kipyegon prepares to deliver a setpiece in a past KPL match
Image: COURTESY

Internationally, he draws a lot of inspiration from David Olatukunbo Alaba, who features for German club Bayern Munich and the Austria national team. Alaba is a utility player who takes up a multitude of roles, including central midfield and right and left wing, but primarily plays as a centre-back or left-back as does Kipyegon.

Kipyegon says his best Football Kenya Federation Premier League match was their second match of the season against Bidco United where he provided an assist for the match’s opening goal to unlock the stalemate.

He would, however, wish to quickly forget their heaviest Mashemeji Derby loss to Kenyan champions Gor Mahia who thrashed them 4-1 at Moi Stadium, Kasarani last season.

In conclusion, the left-back who has a knack for reading books during his free time, has the following piece of advice for budding footballers: “Balance sports and education,” Kipyegon says.