Bayern, not Citizens, are best club in Europe, says Guardiola

•David Moyes anointed Guardiola’s team as the continent’s most dominant force after watching his West Ham side lose 2-1 at the Etihad Stadium on Saturday. 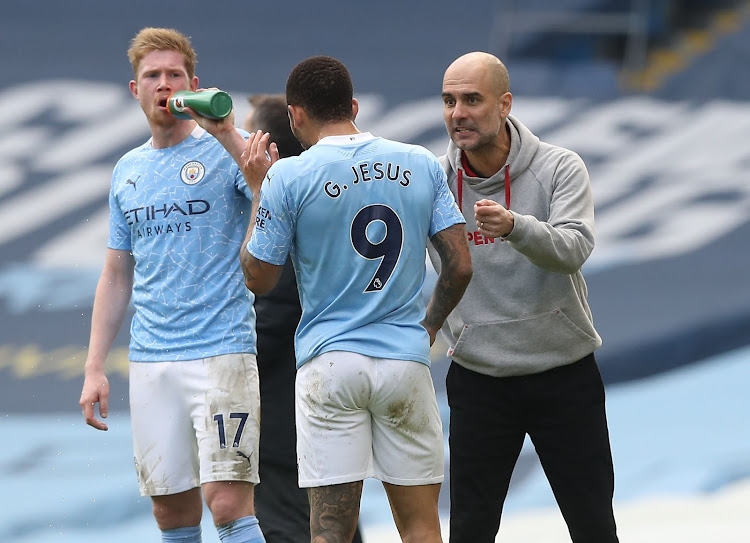 Manchester City are on a 20-game winning streak in all competitions but manager Pep Guardiola has dismissed suggestions that his club are the best in Europe.

David Moyes anointed Guardiola’s team as the continent’s most dominant force after watching his West Ham side lose 2-1 at the Etihad Stadium on Saturday.

The result allowed City to open up a 12-point gap at the top of the Premier League but Guardiola said it was Champions League holders Bayern Munich and reigning English champions Liverpool who were still the continent’s two leading sides.

“The crown, if you want to take it, you have to win. In March, nobody is champions,” Guardiola told a news conference on Monday.

“The best team in Europe, in the world, are Bayern Munich because they won everything. In England the champions are Liverpool, so they are the best.”

City’s unbeaten record now stretches to 27 games and they will equal their longest run without defeat if they do not lose against Wolverhampton Wanderers on Tuesday.

But with City chasing silverware in four competitions this season, Guardiola said they had no time to enjoy being record breakers.

“There are many games, every three days. We have to rest and think of another one,” Guardiola added.

Starting with Wolves, City have three home matches over the next 10 days, with second-placed Manchester United and Southampton the other visitors.

“There are 36 points (still) to play for (this season) — a lot of points. You can drop points in one week,” Guardiola said.

“We know how important this week is... these three games at home before travelling to Fulham. If we are able to do what we want to do we will make an incredible step but we have to do many things still.”

Elsewhere, Championship strugglers Sheffield Wednesday said they had appointed Darren Moore as their new manager, after the 46-year-old left his previous job at Doncaster Rovers.

League One side Doncaster confirmed that Andy Butler had replaced Moore as first-team manager until the end of the season.

“Sheffield Wednesday are delighted to announce the appointment of Darren Moore as our new first team manager,” second-tier Wednesday said in a statement.

“Moore now joins the Owls with immediate effect and will be in charge for Wednesday night’s Championship clash with Rotherham at Hillsborough.”

Wednesday are 23rd in the Championship table, six points from the safety zone. Moore is the club’s third permanent manager this season, following the exits of Garry Monk and Tony Pulis.

Doncaster, who are currently sixth in the League One table, eight points behind the automatic promotion places with two games in hand, expressed disappointment at Moore’s departure.