THE EPL IS WIDE OPEN

Who will join Manchester City in the Premier League top four?

Sunday’s barren draw at Stamford Bridge was a disappointing game in terms of quality, considering it was second against fifth.

• United got some criticism for not showing enough courage against Chelsea on Sunday, but the point Ole Gunnar Solskjaer’s side got at Stamford Bridge maintains their six-point cushion over fifth place

•I also think Chelsea will make it into the top four, because of their strength in depth and the fact they are now so hard to beat under Thomas Tuchel 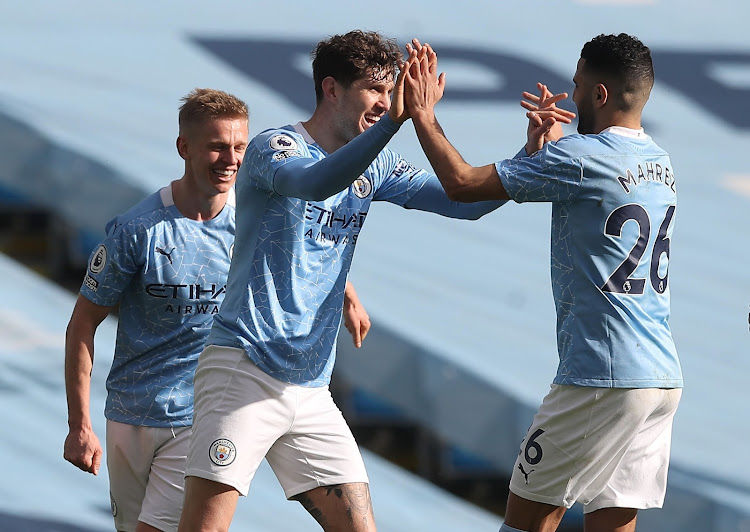 It feels like the Premier League title race has been done and dusted for a couple of weeks now, because Manchester City are so relentless while everyone else around them keeps dropping points.

City didn’t even have to play that well to beat West Ham on Saturday. The weekend’s other results left them 12 points clear with 12 games to go and, realistically, now it is just a battle for who else will join them in the top four. The run-in is going to be fascinating, and it’s wide open too.

Manchester United got some criticism for not showing enough courage against Chelsea on Sunday, but the point Ole Gunnar Solskjaer’s side got at Stamford Bridge maintains their six-point cushion over fifth place and I see them as stand-out favourites to finish second.

I also think Chelsea will make it into the top four, because of their strength in depth and the fact they are now so hard to beat under Thomas Tuchel - they are just not losing any games.

After that, it is hard to say for sure. For different reasons, Leicester, Liverpool, West Ham and Everton will all fancy their chances, and Tottenham and Arsenal are in touch after good wins this weekend.

Last season, third and fourth place was not decided until the final day, when Manchester United and Chelsea edged out Leicester, and this year looks like it will be just as close.

Sunday was not the first time this season that Manchester United have been cautious in a big Premier League game– they have done it plenty of times before, either against historical rivals or teams around them in the table.

In the league in 2020-21, they have played Chelsea and Arsenal twice, plus Manchester City and Liverpool, and not scored a goal or won any of those six games.

It is easy to jump on that statistic and say ‘this is United’, and they should they be doing better in those matches and beating their rivals, to get closer to City at the top of the table. Since losing 6-1 at home to Tottenham in October, United have drawn 0-0 with Manchester City, Liverpool, Arsenal and Chelsea (twice) in the Premier League. They have also been beaten 1-0 at home by the Gunners

I am sure Solskjaer and his staff will look back and think that in one or two of them they could have been a bit more on the front foot — their 0-0 draw against a depleted Liverpool at Anfield in January, for example.

But there is another side to it - you have to remember Manchester United have still picked up some good points along the way, and they have not conceded many goals either, just one in fact.

Their 6-1 home defeat to Tottenham in October probably started this, and made Solskjaer think that his side have to become harder to beat when they play the top teams.

So, that’s been their mindset going into these matches, and that has helped put them in second place, unbeaten away from home in the Premier League and with only one defeat anywhere in their past 20 league games.

Solskjaer must be pleased they have not become an easy touch, when they were wide open for a while at the start of the season.

That thinking was behind their approach at Stamford Bridge too and, out of the two managers, he will be the one walking away a bit happier with the end result.

Of course Manchester United want to be competing to win the title but, right now, if they can cement second place, that will be progress for them. From that perspective, a point and another clean sheet, against a Chelsea side who were building some momentum, is a good result.

Who will finish in fourth place?

Sunday’s 0-0 draw at Stamford Bridge was a disappointing game in terms of quality, considering it was second against fifth. Both teams have got much more quality than they showed us there.

It looked like a leggy performance all round to me, with both teams tired after playing in Europe in midweek. In the circumstances, with Leicester and West Ham both losing, a draw was not a disaster for Chelsea either.

Those results gave Liverpool an opportunity to get right back in the mix too and they did that with their win over Sheffield United, ending a run of four successive defeats.

I always thought the defending champions had the firepower to turn their season around despite their problems at the back, but the other teams going for the top four all have their own strengths and weaknesses.

For me, consistency will be the deciding factor. On their day, Tottenham or Arsenal are exciting to watch but I don’t think they will manage to string together the results they need to mount a challenge. Everton are capable of doing that, though, and West Ham have been doing it for a few weeks already. The Hammers are another side that are very difficult to break down, as City found out on their way to beating them.

Ultimately, though, I have a feeling David Moyes’ side might fall a bit short, especially if they have to cope without Tomas Soucek or Declan Rice for any length of time.

Leicester already seem to be picking up more injuries, which is a worry. Now it looks like they will be without Harvey Barnes for a while, and he will be a big miss. It is going to be tough for them. Even so, I think it will either be the Foxes or Liverpool who make fourth place. Both of them have got far more experience of these kind of situations, when the pressure is really on, than Everton or the Hammers do.

What happened to Leicester last season, when they missed out on the Champions League places after losing to United on the final day, will stand them in good stead this time around. For Liverpool, form is temporary and class is permanent - although it might just be the Reds fan in me thinking they can now go on a long winning run.