Okumbi unveils final squad ahead of Cecafa U-20 tourney

•The regional tournament has been scheduled to kick off on November 22 and will run until December 2.

The team departs for Arusha this morning, exactly four days before their opening tie against Ethiopia at the Sheikh Amri Abeid Stadium on November 23 from 4 pm. 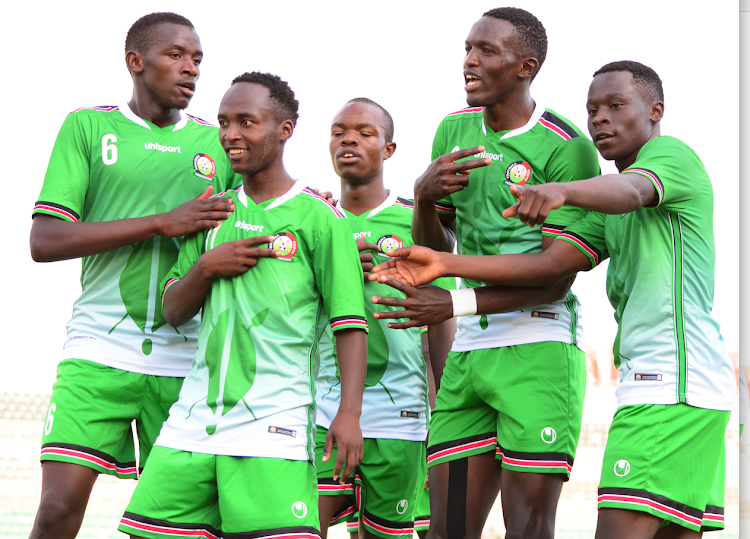 Kenya U-20 national team coach, Stanley Okumbi has named his final squad to challenge for their first Cecafa U-20 title in Arusha, Tanzania.

The Stanley Okumbi charges will aim for the scalp of the hosts who denied them the title last year after edging them 1-o in a closely contested final at Njeru Stadium in Uganda.

Leading the Kenyan onslaught will be schoolboy Benson Omalla, the Gor Mahia FC forward who was handed his senior call up this year by coach Jacob 'Ghost' Mulee.

Omalla was part of the 40-man provisional squad named by Mulee but failed to make it to the match day squad during the Africa Cup of Nations double header against Comoros both in Nairobi and at Moroni.

Okumbi will also be spoilt for choice in the midfield that boast enough talent, among them Nicholas Omondi whom Gor Mahia recently acquired from Kariobangi Sharks in the ongoing transfer window period.

Omondi has proved to be an asset in the middle third of the field, picking out the forwards with accurate passes in the last few friendly matches the team was involved in as they prepared for the tournament.

The defence will greatly benefit from the services of Boniface Mwangemi, the 2018 Most valuable Player during the secondary schools ball games' national finals. Mwangemi led Dagoretti HIgh School to a podium finish as the Nairobi representatives fell short of clinching the title after falling to St. Antony's High School, Kitale.

Indeed, Okumbi won't have any headache selecting a goalkeeper given that Maxwell Mulili lived up to expectation in the two international friendly encounters against South Sudan, coming to the team's rescue with daring saves. His exploits endeared him to Kenyan Premier League side Nzoia Sugar who acquired him on a one-year long deal from AFC Leopards.

The attacking front is equally well taken care of with Liberty Academy hotshot Sellasie Otieno having already proved his mettle, amid goals during their friendly matches. Alphonse Omija and Kevinton Machika will also come in handy during the tournament. The two have amassed enough experience after plying trade in the Kenyan Premier League in the past season for Gor and Sharks respectively.

Okumbi has also roped in danger man Enoch Wanyama who was spotted during the Chapa Dimba na Safaricom soccer tournament.

The regional tournament has been scheduled to kick off on November 22 and will run until December 2. The team primarily comprise players who featured for Kenya U-20 at the 2019 Africa U-17 Cup of Nations qualifiers and the Union of North African Federations (UNAF) U-17 tournament in Egypt held last year.

The team departs for Arusha this morning, exactly a week before their opening tie against Ethiopia at the Sheikh Amri Abeid Stadium on November 22 at 4 pm. Kenya have been pooled in Group C alongside Ethiopia and Sudan. The Rising Stars played their final friendly match on Wednesday, crashing 2-3 to top tier side AFC Leopards.