Meanwhile, Mwendwa hit out at his challengers after four aspirants cautioned corporates against signing deals with his office during this electioneering period.

•Besides breathing life to the top eight which was lastly played in 2016,Mwendwa disclosed that the firm will awarding the player and coach of the month as well as organize the end of season awards.

•He said he will work closely with the Sports Journalists Association of Kenya(SJAK) who have running a parallel and an independent program in forming an independent committee to pick out the outstanding performers. 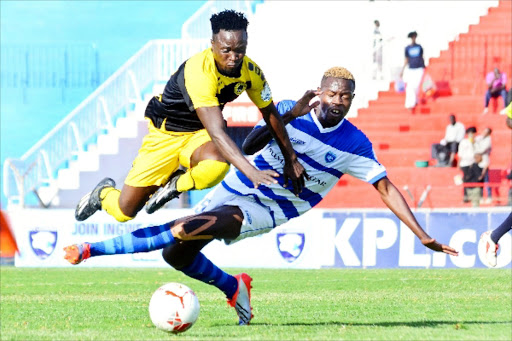 Football Kenya Federation is keen to revive and revamp the Top Eight tournament starting next season.

The tournament was founded in 2011 but was abandoned in 2016. FKF President Nick Mwendwa said starting from the new season, it will be renamed to Super 16 thanks to the new sponsorship deal between the federation and Betking.

“We will have Super 16 replacing Top Eight from next season where the top eight top flight clubs will compete with an equal number of clubs from the National Super League under floodlights,” he revealed.

Besides breathing life to the tournament, Mwendwa disclosed that the firm will be awarding the player and coach of the month as well as organise the end of season awards.

Meanwhile, Mwendwa hit out at his challengers after four aspirants cautioned corporates against signing deals with his office during this electioneering period.

On Tuesday, the four,  Lodvick Aduda, Nicholas Musonye, Sammy Sholei and Twaha Mbarak, also called on on the Ethics and Anti-Corruption Commission, the Director of Public Prosecutions and the Directorate of Criminal Investigations to force Mwendwa, to shed more light on the how they spent the Sh244m allocated to the national team Harambee Stars for the 2019 Africa Cup of Nations as well as the unresolved  Outside Broadcasting (OB) van saga.

“I have no time for them for they spend most of their time plotting my downfall in hotels and courts. We are waiting for Fifa to give us a road map to the elections and I expect them to present their nomination papers and we meet at the ballot. The court said I remain in office until I retain my seat or a new office comes in. I will continue to execute my duties not for individual gain but for the betterment of the game,” said Mwendwa.