Musalia recently gave the team a boost of Sh633,000 to cater for the clearance.

•Former Mathare United star claimed that he was praying for the team to realise their dream of putting up their own stadium. 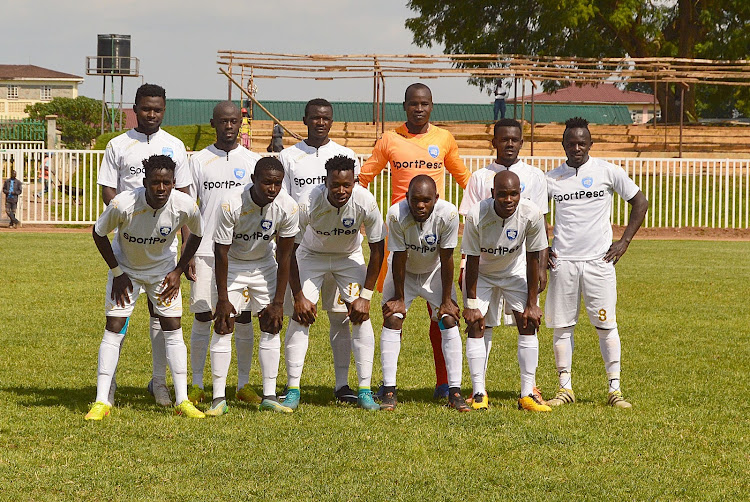 AFC Leopards team in Bukhungu during a past event
Image: CALISTUS LUCHETU

Afc Leopards Captain Robinson Kamura has lauded the move by former Patron Hon Wycliffe Musalia Mudavadi to clear premium rates on the plot they were offered by former President Moi.

Musalia recently gave the team a boost of Sh633,000 to cater for the clearance. Kamura now wants other leaders to emulate Musalia and support former soccer giants. In an interview, Kamura said it was the right move for the club as they embark on the journey to put up a stadium. “Leopard are a national club with a great history as far as Kenyan and East and Central African football is concerned hence need to be supported. It's only through this kind of the goodwill that will attract big names to the club," he noted.

“At the moment, I’m so grateful to the club’s management, the fans and local leaders for their efforts towards making Leopards a big team through the establishment of the right structures for the sake of self-sustainability,” pointed out Kamura. Former Mathare United star claimed that he was praying for the team to realise their dream of putting up their own stadium.

He added that when things are done in the right way, the playing unit will give their best because they will be highly motivated. Kamura also pointed out that the team is on the verge of reclaiming dominance in local football and praised the measures being put in place by both management and the technical bench.