Meanwhile, Muthomi rued how he left the national office but revealed he has plans to execute football governance in a private capacity.

• I will not be assuming my job at FKF. My image as a football administrator has been tainted by the allegations which from the word go I insisted were malicious — Muthomi

• With the FKF elections beckoning,Muthomi said that he is rooting for Nick Mwendwa to retain his seat for another four year term 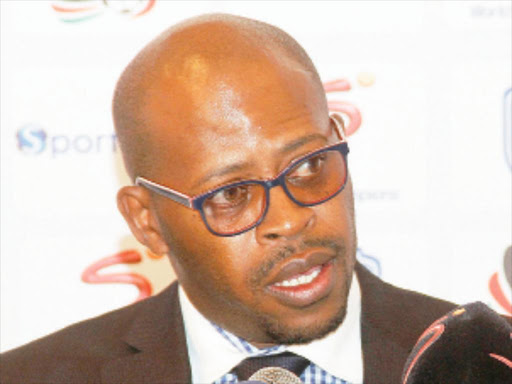 In an interesting twist of events, Football Kenya Federation Chief Executive Officer Robert Muthomi will not resume his role at Kandanda House even after being cleared of allegations of abuse of office.

Muthomi was implicated in an underhand transfer deal involving Sofapaka striker John Avire, his agent and Egyptian club, Tanta FC, in July and has since been out of the office to allow investigations by the FKF disciplinary committee.

Yesterday, the former Nakuru All Stars boss was cleared of any wrongdoing by the committee, which cited lack of sufficient evidence to the allegations levelled against him.

"Having considered all the evidence laid before, the committee is of the view that in all the broad sense there was insufficient adduce to the effect that the respondent abused his office." read part of the ruling by the committee

However, Muthomi immediately announced that he will not resume his duties as his reputation had been soiled.

"I will not be assuming my job at FKF. My image as a football administrator has been tainted by the allegations which from the word go I insisted were malicious. I have shared this with the President (Nick Mwendwa) and he accepted my request. I am happy that the verdict leaned on my side," said Muthomi.

In his absence, Head of Communications and Public Relations, Barry Otieno, has been running the office albeit on interim basis.

Muthomi took over the office the moment the current regime ascended to office in February 2016 had a running contract until next year. He revealed that the federation had agreed to pay the remaining bit of his contract by next week.

"My contract was set to expire next year. I have discussed with the federation and we have an agreement on how they will clear with me as far as finances are concerned. Hopefully, it shall be executed by next week," said Muthomi.

With the FKF elections beckoning, Muthomi said that he is rooting for Mwendwa to retain his seat for another four-year term. The polls are scheduled for December 7.

"I am throwing my weight behind Nick. Under him, we have made some progress and within the next four years I hope we shall have transformed the Kenyan football to greater heights."

Meanwhile, Muthomi rued how he left the national office but revealed he has plans to execute football governance in a private capacity.

"For the years I have been at FKF, I have learnt a lot through the Fifa and Caf courses and I will continue managing football though in a private capacity," he said.