Boost for Kenya ahead of Senegal encounter

• The return of the battle-hardened defender is set to seal the loopholes at the rear. 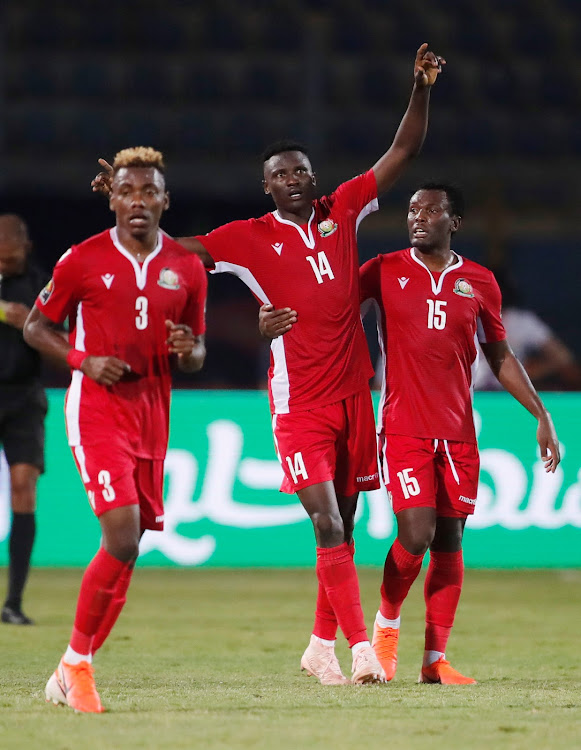 Harambee Stars have been handed a massive boost ahead of their final Africa Cup of Nations group stage match against Senegal today as centre half Joash Onyango resumed training over the weekend.

Kenya will be seeking to punch their way to the second round of the tournament for the first time and the return of the battle-hardened defender is set to seal the loopholes at the rear which have leaked four goals in two matches. Onyango missed the first two Group ‘C’ matches after suffering an ankle injury on the eve of the tournament.

Stars, who revived their second-round hopes with a 3-2 triumph over neighbours Tanzania, face the best-ranked country in the tournament in the final group stage match where a win of any kind will guarantee them a place in the round of 16.

With Algeria, who have six points to their name already in the second round, the battle to seal the runner up position will see Kenya come up against the wounded Teranga Lions, who will be seeking to avenge their painful 1-0 loss to Algeria in their last match and save themselves the shame of a football powerhouse exiting at the group stages.

Pundits have argued that stage fright and poor defending has been Kenya’s major undoing but the return of the no-nonsense Onyango is set to stabilise the back and contain the ever-marauding Senegalese forwards. The Gor Mahia man, who is Migne’s favourite will be hoping to dislodge either Musa Mohammed or Joseph Okumu at the heart of the defence and make his maiden appearance in the tournament.

Ahead of the match, Migne believes his side will upset the star-studded opponents and sail to the next round. A win for Kenya will catapult them to the next round while a draw is likely to qualify them as one of the third-best teams.

“We will be playing against number one in Africa and we have nothing to lose. We have a lot of expectations from the country but we have to be realistic and have try to achieve something. It was difficult when we played Ghana and we managed.”

Meanwhile, Kenyan fans have expressed optimism that the team will defy odds and silence the roaring Lions. In a campaign generated online by the Football Kenya Federation and which is dubbed as “Senegal Must Fall” fans have openly displayed their support for the team as well as predicted an easy pass to the next round.

“Senegal have shown bluntness in their past two matches and they are beatable! They have been overrated and you can confirm this! Come on Harambee Stars!” wrote football commentator Jacob Icia

“Winning is possible if only we up our game. all in all, you have my support boys,” said Hilton Chula. “Go for a win!!! What is Senegal?” added Atanasi Atanasi