• Zimbabwe are eliminated in bottom place with only a single point. 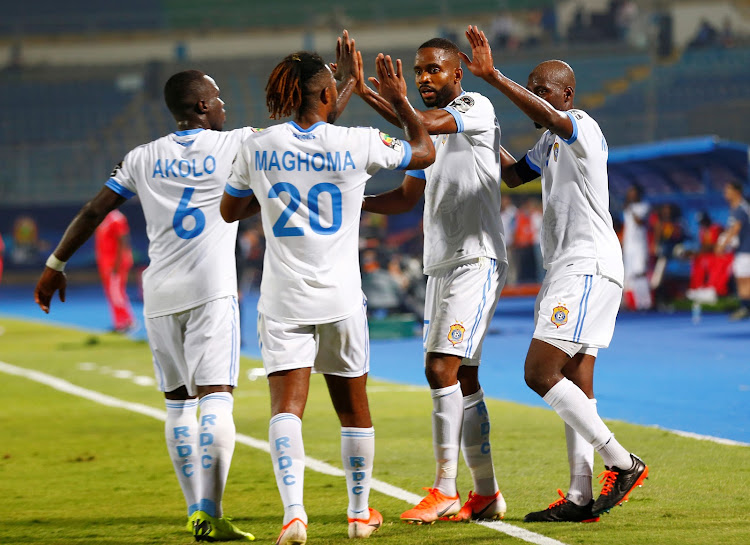 Cedric Bakambu scored twice for the Democratic Republic of Congo in a comprehensive 4-0 win over Zimbabwe on Sunday that offers them the strong possibility of advancing to the knockout stages of the tournament.

Jonathan Bolingi and Britt Assombalonga scored the other goals as the win ensured third place in Group A for the Congolese, who now have to wait to see whether they are one of the four best third place finishers who go through to compete in the last 16.

They will only be sure when the group stage is completed on Tuesday but their three points, after losing their opening two games, could prove enough.

Zimbabwe are eliminated in bottom place with only a single point after paying a heavy price for a goalkeeping nightmare at a near empty 30 June Stadium.

It took only four minutes for the Congolese to score after a slip from stand-in goalkeeper Elvis Chipezeze, who had only been drafted into the line-up when first choice George Chigova hurt a hamstring in the warm-up.

Chipezeze let a free kick slip through his hands and onto the crossbar and Bolingi, celebrating his 25th birthday, reacted quickest to head home the rebound.

Bakumbu beat the offside trap as Zimbabwe were caught pushing too far up, to double the lead in the 34th minute with an emphatic finish.

Zimbabwe had several good chances to get themselves back into the game after the break but their finishing proved wayward with Knowledge Musona, who was heavily criticised for missing several chances in the draw with Uganda in their previous group game, again proving wasteful.

Chipezeze fouled Bakumbu in the 64th minute as he broke free of the offside trap again to concede a penalty that the Chinese-based striker then converted.

To make matters worse, Chipeze failed to hold onto a tame shot from Meshack Elia to allow substitute Britt Assombalonga to snap up the rebound for the fourth goal in the 78th minute.

Egypt finished top of the group with a 100 percent record with Uganda runners-up.

Onyango missed the first two Group ‘C’ matches after suffering an ankle injury on the eve of the tournament.
Sports
2 years ago
Football
01 July 2019 - 12:07