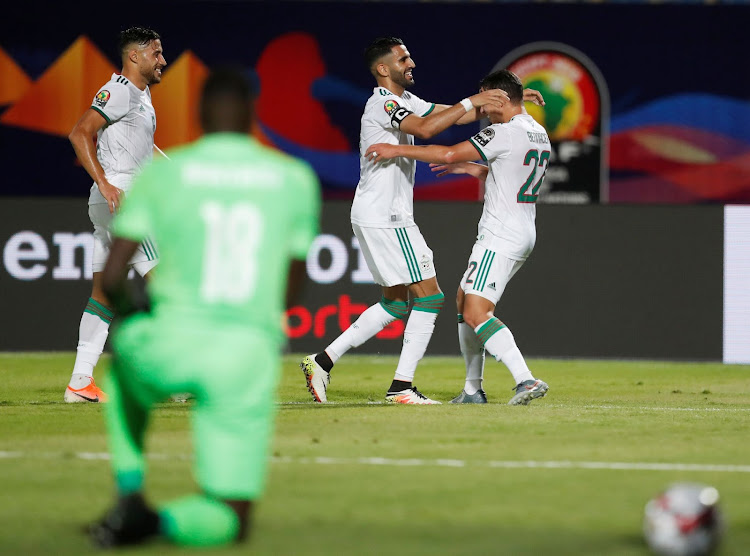 Harambee Stars have begun the 2019 Africa Cup of Nations on the wrong footing after going down 2-0 to Algeria at the 30 June Stadium Egypt in their opening Group C match.

Stars who made their way to the continental showpiece for the first time in 15 years found the tough going as first-half goals from Baghdad Bounedjah and an own goal by Abud Omar is all that the North Africans needed to dim Stars.

Prior to kickoff, coach Sebastien Migne made a change to the squad that played DR Congo last weekend in a friendly match where he summoned Musa Mohammed to fill in the void left by Joash Onyango who was failed to pass the fitness test yesterday morning.

Kenya had a nervous start into the match, struggling to string passes together unlike their opponents who made inroads to their area at will to quench their goal hunger.

Algeria's efforts to break the deadlock bore fruit in the 32nd minute after Dennis Odhiambo scythed down a goal-bound striker in the box forcing the referee to point to the spot.

Bounedjah sent Patrick Matasi the wrong way to open the scoring for the Desert Foxes and minutes later, an under pressure Omar directed Riyard Mahrez's striker to his own net to gift the North Africans their second goal.

Earlier at the same venue, Senegal reaped a similar win against Tanzania.