• The 27-year-old, who qualifies for South African citizenship because his father was born in the country.

• He has only won two caps and was a surprise choice in Stuart Baxter's 23-man squad for the tournament. 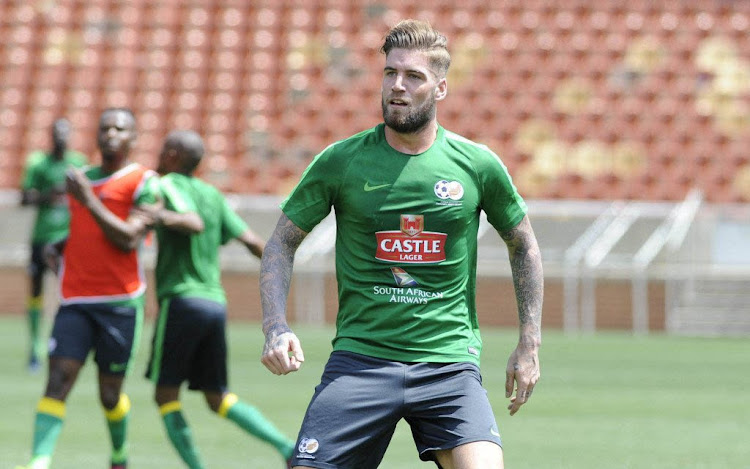 South Africa are likely to turn to gangly Dutch-born striker Lars Veldwijk as a surprise choice to lead their attack when they take on the Ivory Coast in their Africa Cup of Nations opener in Cairo on Monday.

The 27-year-old, who qualifies for South African citizenship because his father was born in the country, has only won two caps and was a surprise choice in Stuart Baxter's 23-man squad for the tournament.

But with a long history of poor finishing in the South African game, Veldwijk's tally of 24 goals this season for Sparta Rotterdam as they won promotion back to the Dutch top flight convinced Baxter to take a gamble on selecting him.

Impressive form in a fortnight of preparation before the tournament has enhanced the 1.96 metre-tall forward's chances of being the country’s wild card in attack.

"We have had good preparations so far -- in Johannesburg, Dubai and now here," Veldwijk said.

Lars Veldwijk has just scored a scintillating hat-trick in a practice game played between two Bafana teams.
His first two were impressive volleys and the third was from the spot.
Is looking good! pic.twitter.com/5gf5F0JhLH

"For me it is only to prove to the coach that I am ready and hopefully I showed him enough."

Veldwijk has had a nomadic, journeyman career, including time with Nottingham Forest in England, spells in Belgium and Norway as well as at seven different Dutch clubs.

Last year, he was suspended by Groningen amid reports he had refused to come on as a substitute in a league match and has a reputation in the Netherlands as a footballing maverick.

With his only visits to South Africa having been after call-ups to the national team, Veldwijk admits to being out of his comfort zone even if he is warming to the environment.

"It is a different culture from Holland but I am really beginning to like it. It is getting better and better," he said.

"I first came in this set up two years ago and have been part of this family now and cannot keep saying I am still adjusting to African style. I, however, feel I can still get better and the guys need to know me more," he added.

South Africa are playing in a major competition for the first time in four years, having failed to qualify for both the 2017 Cup of Nations finals in Gabon and the 2018 World Cup in Russia. (Reporting by Mark Gleeson; Editing by Nick Mulvenney)

DR Congo take on Uganda to complete Group A's first round of fixtures.
Sports
3 years ago

Bafana Bafana squad unveiled ahead of next month Afcon Cup

Coming in as the underdogs, Zimbabwe have their goalkeeper to thank for a lean loss.
Sports
3 years ago
by REUTERS Reuters
Football
22 June 2019 - 14:34