DR Congo take on Uganda to complete Group A's first round of fixtures.

• Saturday is a day for the debutants to savour, as Burundi and Madagascar's players make history as the first to represent their respective countries in the Afcon. 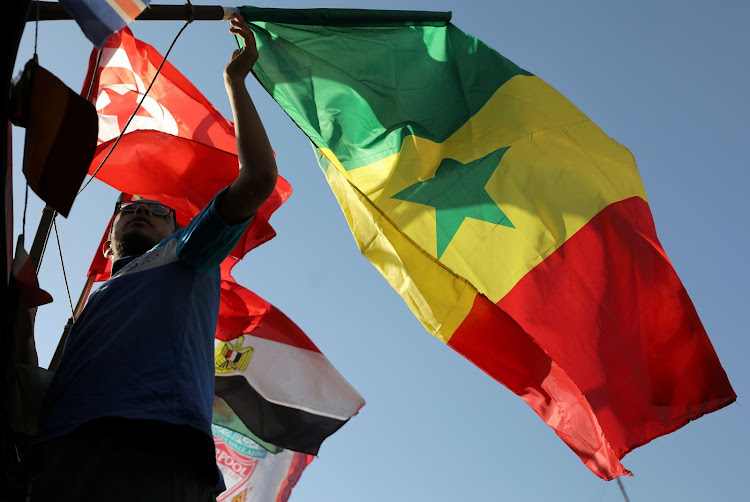 A seller hangs up flags of African countries at a shop, as preparation for the Africa Cup of Nations, at Al Ataba, Cairo, Egypt June 16, 2019.
Image: REUTERS/Mohamed Abd El Ghany

Seven-time winners and 2019 hosts Egypt began their Africa Cup of Nations campaign with victory over Zimbabwe in Cairo on Friday.

What can we expected from day two?

Group B then gets under way as Nigeria face tournament debutants Burundi (8.00 pm Kenyan Time).

West Ham defender Arthur Masuaku will lead the DR Congo defence as his nation look to keep pace with leaders Egypt in Group A. 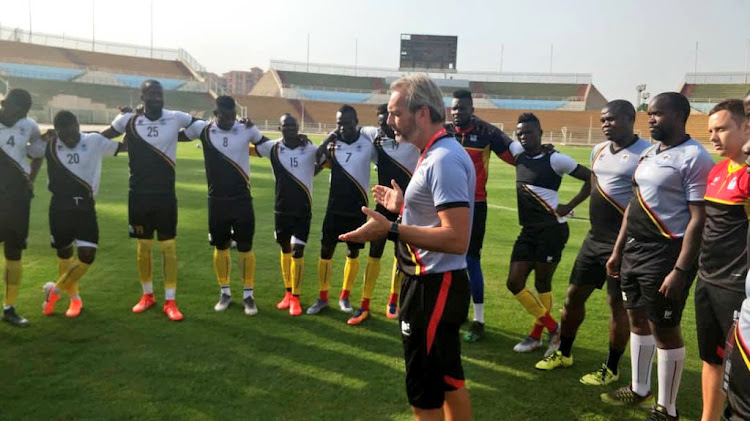 Uganda Cranes at the Arab Contractors Stadium ahead of their training session on June 19, 2019.
Image: COURTESY

Arsenal forward Alex Iwobi is tasked with providing the creativity for Nigeria as the Super Eagles begin their quest to win a first Africa Cup of Nations since 2013.

Liverpool midfielder Naby Keita could make his first start since 1 May after sustaining a hip abductor injury in Liverpool's Champions League semi-final first leg against Barcelona.

Where are the big stories of the day?

Saturday is a day for the debutants to savour, as Burundi and Madagascar'splayers make history as the first to represent their respective countries in the Africa Cup of Nations.

Stoke City striker Saido Berahino will hope to lead Burundi to a first Afcon victory - but it will not be easy as they come up against a Nigeria side that includes Arsenal's Iwobi and Leicester midfielder Wilfred Ndidi.

Also in Group B, Keita will be hoping he's deemed fit enough to start Guinea's opener against Madagascar.

In Group A, the DR Congo squad includes plenty of British-based players, with West Ham defender Masuaku in charge of keeping Uganda at bay.

Everton's Yannick Bolasie, Middlesbrough's Britt Assombalanga, Birmingham's Jacques Maghoma and Celtic midfielder Youssouf Mulumbu are all in contention too for DR Congo as they aim to match Egypt's winning start.

Coming in as the underdogs, Zimbabwe have their goalkeeper to thank for a lean loss.
Sports
2 years ago

AFCON: Is the people's game open to everyone in Egypt?

Coptic Christians make up 10% of Egypt's population point to a lack of Coptic players in the national side.
Sports
2 years ago

Kenyans living in Egypt optimistic of Stars' chances at Afcon