• Kenya is deemed as one of Group ‘C’ and the tournament’s underdogs. 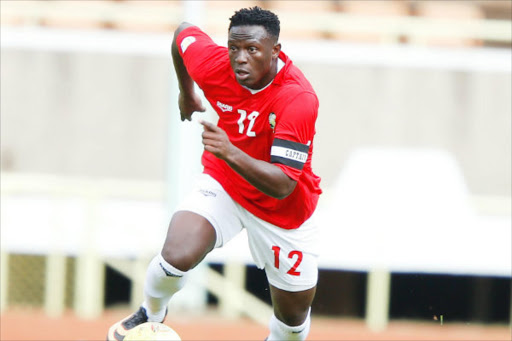 Harambee Stars skipper Victor Wanyama has cautioned Harambee Stars’ opponents at the Africa Cup of Nations against underrating the team which will be making their return to the tournament after 15 years.

Kenya is deemed as one of Group ‘C’ and the tournament’s underdogs but the experienced holding midfielder, who plies his trade with English Premier League side Tottenham Hotspur, has warned their challengers to brace for a tough encounter.

Kenya face Algeria in the opening match on Sunday before facing Senegal and neighbours Tanzania in the group stage and the hard-tackling captain is confident of hitting their round of 16 target.

“We are viewed as underdogs but football has changed and teams have proved that before. We respect our opponents a lot but it will not be easy for them at all. It’s a motivation for us to be in the finals for the first time and we are looking to give a good account of ourselves. It’s an opportunity for us to learn more from the finals,” said Wanyama.

The former Celtic man opened up on Brian Mandela’s significance in the team despite the centre half being injured. Mandela was axed from the final team after hurting his knee while in camp but will be allowed to join the team after being cleared by the doctors. The South African-based defender underwent knee surgery on Wednesday in Paris and is expected in Cairo any time. Wanyama said: “Mandela is a good player and is an important part of the team. It’s unfortunate he got injured at the eleventh hour which is a big blow to the team.”

However, the odds of clinching the ticket to the knockout stages are heavily stacked in favour of the Riyad Mahrez-led Algeria and Sadio Mane’s Senegal due to their vast experience in the tournament and star-studded squads.

The two North and West African countries named strong sides for the tournament and are billed to make a feast out of the Kenyan and Tanzanian sides.

Harambee Stars land in Cairo ahead of Afcon kick off

Stars second match will be against neighbours Taifa Stars on June 27.
Sports
3 years ago

Stars look to claw the Leopards and jet to Egypt for the finals.
Sports
3 years ago

Stars will jet to Cairo on June 19 ahead of their first match against Algeria on June 23.
Sports
3 years ago

Stars will take the Islanders in one of the two test matches lined up.
Sports
3 years ago
by MESHACK KISENGE
Football
21 June 2019 - 05:00