Tergat warned that the country runs the risk of attracting far-reaching obstacles that could impact negatively livelihoods.

•In a strongly worded statement issued on Thursday, NOC-K president Paul Tergat said they will work closely with authorities to clamp down on those responsible for the vice.

•Tergat said they welcome the government's decision to crash the entire system that promotes the vice. 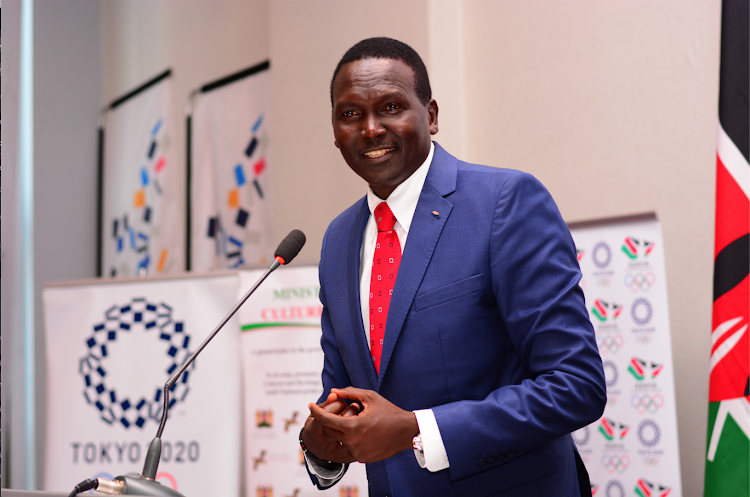 In a strongly worded statement issued on Thursday, NOC-K president Paul Tergat said they will work closely with authorities to clamp down on those responsible for the vice.

"NOC-K expects our success to bring the country celebration and not condemnation. The unfair way of winning for the few has brought the country to the danger zone of the possible ban," Tergat said.

Tergat warned that the country runs the risk of attracting far-reaching obstacles that could impact negatively livelihoods.

“A ban or suspension of our country is a very expensive affair that will cost the country jobs, the lives of many affected in various ways,” Tergat said.

"This is why we join our voice in urging World Athletics and other associations to withhold any punitive measures such as bans or suspensions.

"They should consider the multifaceted efforts of the Kenyan community, led by the Government, as a positive sign and contribution to the doping-free environment in Kenya and the world at large", requested Tergat.

Tergat said they welcome the government's decision to crash the entire system that promotes the vice.

“We must support a proposal made by the government through Cabinet Secretary Ababu Namwamba to criminalize the enterprise and its perpetrators. That is the NOC-K position too,” Tergat said.

NOC-K promised to collaborate with  Athletics Kenya, the Anti-Doping Agency of Kenya (ADAK), and other key local and international players to ensure they eradicate the evil.

NOC-K secretary general Francis Mutuku stressed the commitment of the organization to support all efforts and measures aimed at dismantling the systems and methods that promote evil in athletics and other sports.

"Kenya has built a glorious track record of athletic success over the years on the international stage and is not ready to lose this reputation due to the greed of a few actors in the industry such as the athletes and their managers," Mutuku said.

“This is the reason that NOC-K has made the championing of clean sports and abhorrence of doping a clarion call in all its forums and networks," he added.

The organization promised to launch a robust campaign that will relentlessly highlight the subject during the various education and training programs it will conduct throughout the country.

“As part of stepping up efforts to intensify the fight for clean sports in the country and to seal all possible loopholes to restore the integrity of the Kenyan sport, NOC-K has identified and created partnerships that can play a pivotal role to complement existing agencies’ initiatives towards clean sporting,” Mutuku pointed out.

Mutuku revealed that the concerted efforts had brought key partners on board, including the Kenya Medical and Dental Council (KMPDC), Kenya Medical Association (KAP) and Kenyatta National Hospital (KNH), and the University of Nairobi ( UON).

“We will together conduct sensitisation sessions for Kenyan healthcare providers and medical practitioners with regards to the anti-doping measures currently in place in sport.”

“All these initiatives and pursuits are aimed at ensuring Kenya remains a beacon of sporting excellence with our athletes’ achievements not subject to question or doubt as is the case currently,” Mutuku concluded.