THE MORE, THE STRONGER

In an exclusive interview on Thursday, Musa urged the National Olympics Committee of Kenya (NOCK) to allow more Kenyan boxers to grace the gobal stage.

•Musa believes the two Kenyan female boxers had a tough luck in their draws where they were pitted against seasoned fighters.Musa

•Musa said they are next training their eyes medals at the forthcoming Africa Boxing Championship primed for September 9-18 in Maputo,Mozambique. 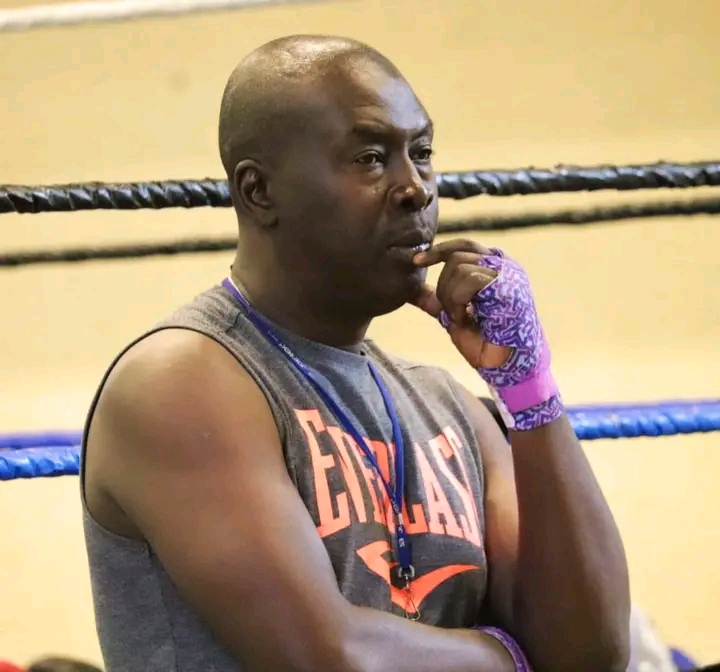 The country's pugilists returned home empty-handed on Sunday night after a torrid show where they all crushed early in their bouts.

In an exclusive interview on Thursday, Musa urged the National Olympics Committee of Kenya (NOCK) to allow more Kenyan boxers to grace the gobal stage.

“We could have registered a far much better performance if we had taken more boxers with us to Birmingham,” Musa said.

“A country stands a better chance to win medals if the participants are spread across various weight categories. Unfortunately, we only had four boxers and that only limited our medal prospects.”

The tactician, however, insisted that three of the pugilists in the Kenyan quartet justified their presence in Birmingham.

“Although we never got to the medal bracket, our boxers recorded improved performance except for Nick Okoth, who had a bad day in office,” Musa said.

“If you consider how Christine Ongare performed at the 2020 Tokyo Games and the World Boxing Championship, you'll appreciate her marked improvement in Birmingham.”

Musa believes the two Kenyan female boxers had tough luck in their draws where they were pitted against seasoned fighters.

“It's just unfortunate that both Ongare and Elizabeth Andiego found themselves drawn against past Commonwealth medallists and, as such, they had fought some extremely tough bouts,” said Musa.

The gaffer decried what he termed as 'poor officiating', adding that Bantamweight Shaffi Bakari was robbed in broad daylight.

“We felt Shaffi Bakari was denied what seemed like an obvious victory. He won three of his bouts and it surprised us when the judges passed a verdict in favor of his opponent,” Musa said.

Musa said they are next training their eyes medals at the forthcoming Africa Boxing Championship primed for September 9-18 in Maputo, Mozambique.

“Our next focus is the forthcoming Africa Boxing Championship that begins in Maputo next month. Actually, we received an invitation to the tournament when we were still in Birmingham,” Musa said.

“Due to limited time, we shall be meeting next week to organize a tournament at the end of the month where we will select boxers for the event. We hope to raise and deploy a full team.”

Kenya's last competitor at the Birmingham 2022 Commonwealth Games, Elizabeth Andiego, was outwitted by Australian Caitlin Anne Parker at the National ...
Sports
1 month ago

KDF vow to gun down Police for national boxing title

Abaka said they are yankering to topple their perennial rivals Kenya Police also known as ‘Chafua Chafua’ in what is anticipated to be a battle ...
Sports
1 month ago

A day before taking to the battlefield, the national boxing team, Hit Squad, were dealt a severe blow after the organizers of the Birmingham 2022 ...
Sports
1 month ago

Bakari will seek to save face for Kenya after compatriot Nick Okoth crashed out on Saturday.
Sports
1 month ago
Post a comment
WATCH: The latest videos from the Star
by TONY MBALLA
Boxing
12 August 2022 - 05:00
Read The E-Paper