The WBC heavyweight champion, 33, said he was retiring after his last win over Dillian Whyte in April.

• Chisora’s promoter Eddie Hearn confirmed last week Chisora had received an offer from Fury’s camp, but had turned it down as it “wasn’t enough money”. 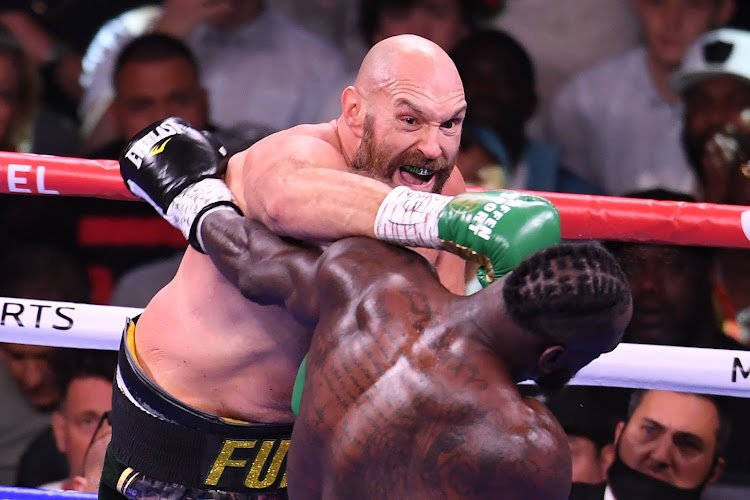 Tyson Fury has urged Derek Chisora to accept his offer to fight him in a trilogy bout.

The WBC heavyweight champion, 33, said he was retiring after his last win over Dillian Whyte in April.

But speaking on Instagram, Fury revealed he had made an offer to veteran heavyweight Chisora, whom he has beaten twice.

Chisora, 38, defeated Kubrat Pulev on points in July and has resisted calls for him to retire.

The victory over Pulev ended a three-fight losing streak and Chisora said after that win he would like to fight Deontay Wilder or Fury.

“Get the contract signed,” Fury added, confirming reports he was seriously considering fighting again. Fury beat Chisora on points in 2011 before defeating him in their rematch three years later.

Chisora’s promoter Eddie Hearn confirmed last week Chisora had received an offer from Fury’s camp, but had turned it down as it “wasn’t enough money”.

It seems the possibility of Fury fighting again grows with each passing day.

Since then there has been a host of suggestions about what Fury could do next. Another stint in the WWE, an exhibition match against UFC heavyweight champion Francis Ngannou and of course, a fight against the winner of Anthony Joshua’s rematch against Oleksandr Usyk, have all been mentioned.

Promoter Frank Warren this week told Talksport Fury has “itchy feet” and believes his fighter wants to challenge the winner of Usyk v Joshua in an undisputed heavyweight undisputed clash.

It seems Fury will fight again and the next few weeks are likely to determine whether that will be in the professional heavyweight ranks or not.

Conlan, who was knocked out by Wood in their WBA title fight in March, secured a unanimous points win over Colombian Marriaga in Belfast on Saturday.
Sports
1 month ago

It was a thrilling, yet scrappy at times, contest as 38-year-old Chisora edged a points win on a split decision.
Sports
2 months ago
Post a comment
WATCH: The latest videos from the Star
by BBC
Boxing
10 August 2022 - 00:00
Read The E-Paper