Okoth urges Hit Squad quartet to fire up for Tokyo

•However, Okoth is emphatic that the mixed results posted by the quartet should not dampen their spirits to charge for medals at the Tokyo Olympics in July. 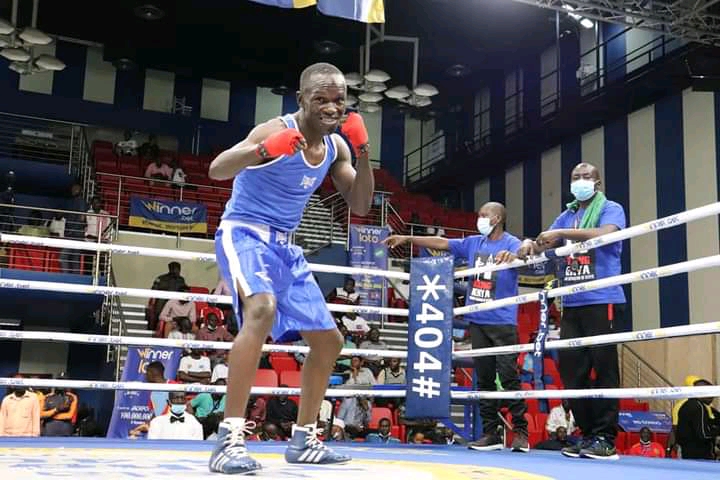 Kenya's Nick Okoth celebrates after being declared winner of one of the bouts at the Africa Zone 3 Boxing Championship in Kinshasa, DRC.
Image: COURTESY

Hit Squad captain Nick Okoth has urged his Tokyo-bound teammates to plug all the holes that may have come to the fore during the just concluded Africa Zone 3 Boxing Championship in Kinshasa DRC.

Heavyweight pugilist Elly Ajowi was the only member of the Tokyo-bound quartet to bag a gold medal in Kenya's 13 medals swoop that saw them bag a gold, five silver, and seven bronze medals.

While Maxime rued a missed opportunity to fly his country's flag high, his compatriot Tchouta Mbianda bounced back emphatically with a major upset on Okoth whom he dispatched on a unanimous points decision in the 57kgs category.

In an interview with the Star on Sunday, Okoth fell short of blaming himself for the lost opportunity to clinch gold, saying he underestimated Mbianda's potential to cause him damage.

"Honestly, I never thought for a single minute I would crash out to him. He came across as a naïve and harmless small boy.

"I felt some pity on him and decided to pull back my punches just to spare him a thorough hiding. Little did I know he would eventually come out of the ring smiling.

"I still don't know how he ended up winning the bout because one of the judges I spoke to had assured me I won the fight, but anyway, such things do happen in boxing," said Okoth.

Whereas Commonwealth bronze medallist Christine Ongare (flyweight) had a perfect opportunity to lay claim to gold, she eventually settled for silver after her doctors advised her to throw in the towel without stepping into the ring.

The decision followed a serious injury she had previously sustained when Burundian Havyarimana Ornella elbowed her in the eye during their opening bout.

Elizabeth Akinyi (welterweight) got a bronze medal after crashing out to her opponent at the semifinals stage.

However, Okoth is emphatic that the mixed results posted by the quartet should not dampen their spirits to charge for medals at the Tokyo Olympics in July.

"We should see it as a good learning opportunity and use the rich experience we drew from the championship to our own advantage in our subsequent bouts.

"If my opinion was to be sought, I would say we performed quite well given we took to the ring after a long spell of inactivity due to the constraints occasioned by Covid-19. Miracles don't happen in boxing.

Okoth said the quartet still had their eyes firmly trained on the ultimate prize in Japan.

"Our focus is still on the Tokyo Olympics in July. We shall work closely with the coaches to make the necessary adjustments. They had an opportunity to see us in the ring and they now know what to work on.

"We may have considered ourselves good enough and well prepared for the task ahead before we made the trip to Kinshasa.

"It's like nodding your head vigorously and humming enthusiastically to your favourite tune when you are still sitting, only to realise you are not equally good enough on the dance floor when you finally rise to shake your body," concluded Okoth.