The three Americans will be minority investors in 2008 champions Rajasthan, the franchise said in a statement without sharing details of their investment.

•The United States will co-host the 2024 Twenty20 World Cup, although cricket has not become popular there. 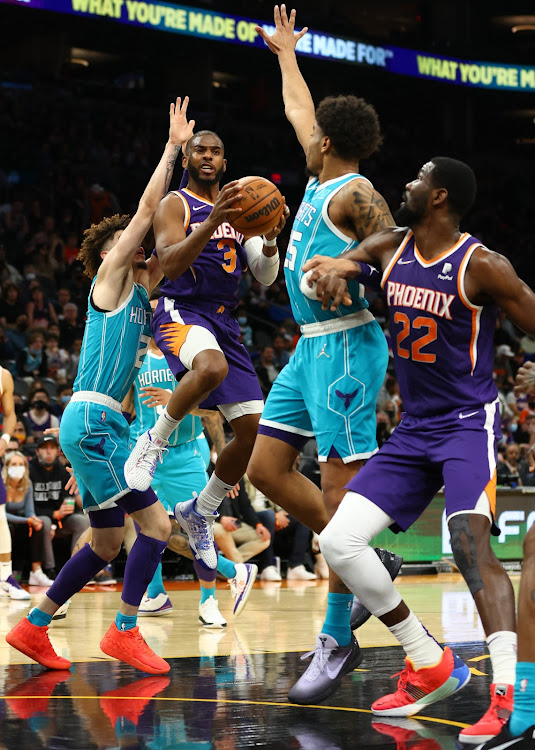 Phoenix Suns guard Chris Paul (3) moves the ball against the Charlotte Hornets in the first half at Footprint Center.
Image: REUTERS

The popular Twenty20 league, which counts Bollywood actors and industrialists among franchise owners and attracts the who’s who of cricket, has grown into a 10-team affair this season with Gujarat and Ahmedabad paying a combined $1.7 billion to come on board. Read full story

The three Americans will be minority investors in 2008 champions Rajasthan, the franchise said in a statement without sharing details of their investment.

“We are extremely pleased to have Chris, Larry and Kelvin join us as investors who have seen the vision of the Royals as a truly global brand,” said Rajasthan’s lead owner Manoj Badale.

The United States will co-host the 2024 Twenty20 World Cup, although cricket has not become popular there.

“I am excited to have become one of the first US athletes to see the value and scope for growth in the IPL,” said NBA star Paul, 36.

“With a variety of components, including stadium experience and fan engagement still left to fulfil their course, I see myself contributing world-class experience through this strategic investment.”

“I am keenly aware of the popularity of cricket internationally and am thrilled to join the Rajasthan Royals franchise as an investor,” Arizona Cardinals’ offensive tackle Beachum said.

“I respect the global reach of the IPL and am committed to supporting the Royals.”

Curry scored 30 points in his first start of the play-offs as the Golden State Warriors earned their place in the Western Conference semi-finals.
Sports
2 months ago

•Miami will play the winner of the Philadelphia 76ers and Toronto Raptors, with the Sixers leading 3-2 in their first-round series. •In the Western ...
Sports
2 months ago
by REUTERS Reuters
Basketball
02 May 2022 - 00:00