SPARE US THE FLAK

Kenya secured a sixth-spot finish after scooping six gold, five silver and 10 bronze, with Yego claiming the country’s last medal (a bronze) in the men's javelin at the quadrennial showpiece.

•Yego's remarks come amid growing criticism targeting the Kenyan contingent following what many strongly feel is a declining performance on the global stage.

•The former javelin World Champion improved his season's best to 85.7m on the final day of the competition. 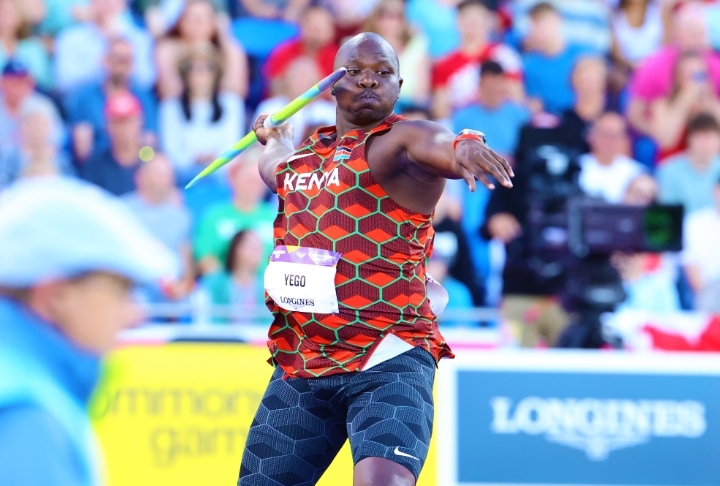 Kenya secured a sixth spot finish after scooping six gold, five silver and 10 bronze, with Yego claiming the country’s last medal (a bronze) in the men's javelin at the quadrennial showpiece.

“I captained the team and, unfortunately, I've heard people saying we didn't perform well. We did so well because most of us recorded season and personal bests in our respective fields,” Yego said.

“Every one of us has tried. We thank our fans back home for the undying support,” Yego said.

The former javelin World Champion improved his season's best to 85.7m on the final day of the competition.

He, however, finished third behind Pakistani Arshad Nadeem who recorded 90.18m as Anderson Peters of Grenada threw 88.64m to bag silver.

“I'm so happy that I won a bronze for my country. My patience paid off. After you sustain the kind of injury I had, it takes quite some time to get back. I've had four years of struggle and disappointment as I fought to recover. I'm 80 percent healthy and so I'm getting better.

“I'm so excited I've made a good comeback. The field had very strong competition. The level of competition was very high.

“I thank God I finally got bronze after struggling for four years. I'm very sure many people had written me off that I wouldn't bounce back.”

Yego at the time beat the Olympic champion, Keshorn Walcott, with a distance of 83.87 m to go down in history as the first Kenyan athlete to win a Commonwealth title in a field event.

“I'm ending the year with a bronze in addition to the gold medal I won in Glasgow in 2014.”

Yego said he was driven to bronze by the passionate and adoring fans at the  Alexander Stadium arena.

“I love this crowd. Remember, my 90-metres personal best was achieved inside this stadium, so I like competing here. I thank my fans and everyone else who cheered me.

“ I think it has gone so well here in Birmingham. I wanted to be on the podium despite the presence of good throwers who have done so well before the Commonwealth Games. We had a world champion Peters who emerged second."

Kenya had some rare moments of individual brilliance in Birmingham.

The East African nation's most memorable performance came when Ferdinand Omanyala shook off his World Athletics Championships misfortunes to hurtle to the nation's first gold medal in the men's 100 metres final.

Post a comment
WATCH: The latest videos from the Star
by TONY MBALLA
Athletics
09 August 2022 - 05:00
Read The E-Paper