Korir clinched his heat in 46.20 but was disqualified for lane infringement.

•Harold Adoli of Uganda  finished second in 46.38 as Michael Joseph of St Lucia came third in 47.08 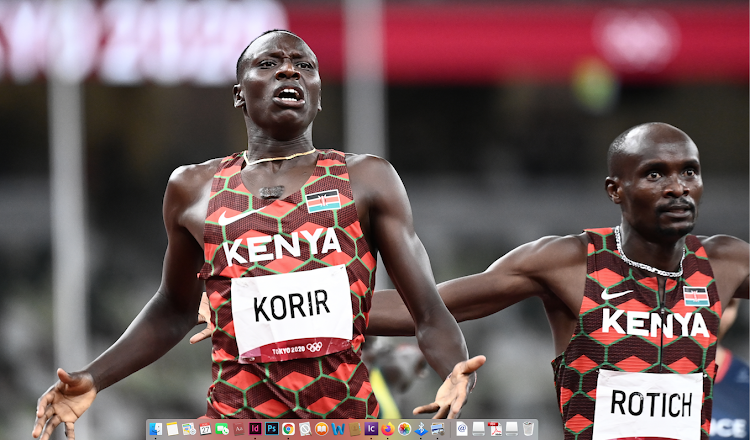 World 800 m champion Emmanuel Korir was disqualified in the 400m heats at the Commonwealth Games in Birmingham.

Korir clinched his heat in 46.20 but was disqualified for a lane infringement. Botswana's Zibane Ngozi won in 46.33 to progress to the semifinals.

Harold Adoli of Uganda finished second in 46.38 as Michael Joseph of St Lucia came third in 47.08.

Former All African Games 400m silver medallist Boniface Mweresa will be the sole Kenyan left in the one-lap race after qualifying for the semifinals.

William Rayan failed to qualify for the semis after being placed fifth in his heat. He posted 47.08.

Jonathan Jones of Barbados took the top spot in 46.39 ahead of Anthony Pesela of Botswana, who placed second in 46.55. Kennedy Luchembe of Zambia qualified after finishing third in 46.74.

AK president Jack Tuwei has placed Kenya's dwindling fortunes at the feet of the ravenous Covid-19 pandemic that reared its ugly head two years ago.
Sports
1 week ago

Gemili initially stayed with Reider despite UK Athletics withdrawing funding and support for athletes under his guidance until the US Center for Safe ...
Sports
1 week ago
by WILLIAM NJUGUNA Senior Sports Writer
Athletics
04 August 2022 - 00:00