McGrath considers their debacle in the quarters as a perfect learning experience that could propel the squad to unprecedented heights.

•Any dreams Shujaa had of securing a maiden semifinals berth at the games were nipped in the bud following their massive 31-0 defeat to the All Blacks Sevens at the Coventry Stadium on Saturday.

•McGrath extolled his charges for rising to the occasion, insisting that their performance surpassed expectation. 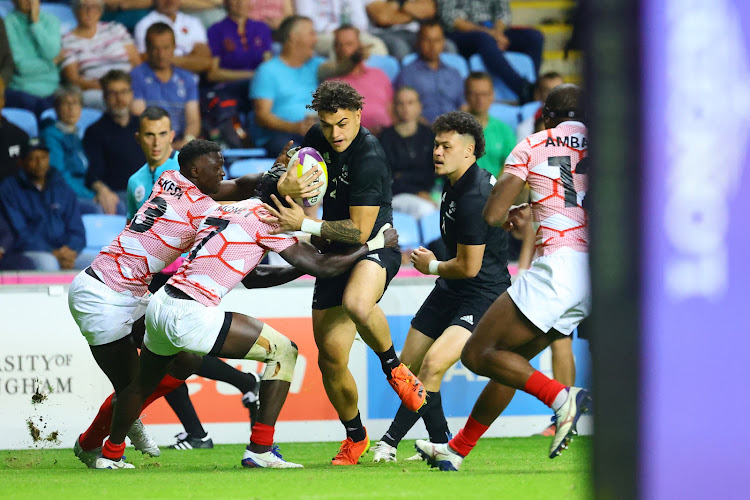 Any dreams Shujaa had of securing a maiden semifinal berth at the Birmingham 2022 Commonwealth Games were nipped in the bud following their massive 31-0 defeat to the All Blacks Sevens at the Coventry Stadium.

Shujaa's campaign took off on a plausive note after they trampled over Uganda (27-14) and Jamaica (45-0) before being nosed out by Australia in their Group 'D' matches.

But McGrath considers their debacle in the quarters as a perfect learning experience that could propel the squad to unprecedented heights.

“We've just been given a good lesson at the breakdown by one of the best teams in the world. My lads will learn from it, it's not something that we are just going to forget and move on. We've heard a benchmark that we certainly really need to reach and we're going to mix it. To be regular contenders in the Cup competition we have to.

McGrath extolled his charges for rising up to the occasion, insisting that their performance surpassed expectation.

“Coach Kimani and I have been talking and we feel for six weeks of work, that wasn't a bad effort. We ran out of steam this morning and a very physical first half but tries on either side of halftime took the game away from us and composure.”

“I can't question their attitude and effort. I mean they threw their bodies on the line. I've only been here for six weeks. We had six weeks to work together, you know we are building towards the Olympics. We are not miracle workers and this is a good effort.

He vowed to give the country a reason to celebrate in the near future, saying he was determined to transform the current crop of players into world beaters.

"We've come a long way in a short time, we'll be better next time in Los Angeles and the World Cup, and then when the World Series starts again, we are all expected to be quarterfinalists regularly.

“I think you saw a different outfit compared to a week ago in London and Toulouse. Sometimes it's an attitude of the mind. We are going back to the basics, and we are trying to build the players up. As I said, we can't match these people yet but we will match them, that's our aim. We can see an improvement week in and week out. So, it's a work in progress.

“Game management and understanding is a big part. Being big, strong and quick is one thing but being able to use it properly is another thing altogether. And that takes time as well. We are working on how to play in different situations.

McGrath said the youngsters in the squad had proved their mettle in the games. “Age is only a number, it's meaningless. We have some experienced guys who can play and there are a few players back in Kenya that we are looking forward to working on but we are happy with what we have here as well."

Kenya Sevens skipper Nelson Oyoo hailed his teammates for pushing the battle to the knockout stages. “We came in aiming for the medals but unfortunately, we went short of our targets. But now we pick it up from tomorrow because we still have some positions to fight for. You can't take away the effort from the boys.

“I think we started well but lost our structure and we fell shot somewhere in the breakdowns. Going forward we know where we are and we'll pick it up from there.