• Kithome won the men’s 400m-H during the Friday's Trials at the Nyayo National Stadium and will be returning to the world event next month.

• The 2021 World Under-20 10,000m race walk champion, Heristone Wanyonyi moved a step closer to his title defence after winning the national title. 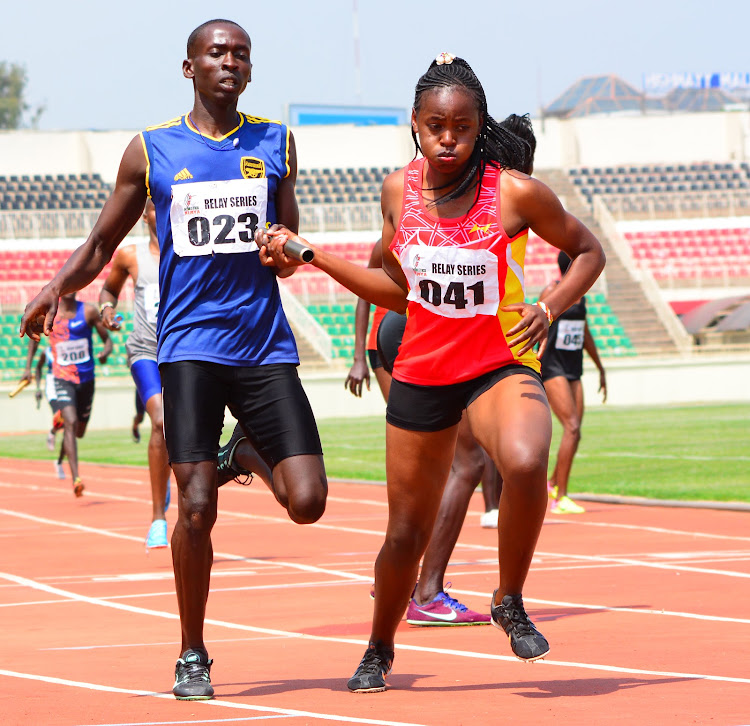 Peter Kithome has attributed his qualification for the World Under 20 athletics Championships in Cali, Colombia, to his recent participation in the Specialised training in Miramas, France.

Kithome won the men’s 400m hurdles during Friday's Trials at the Nyayo National Stadium and will be returning to the world event next month. He won his event in 52.68 ahead of Richard Nzioka at 52.95 and Geoffrey Rono who timed 55.31 for third.

The 19-year-old athlete is, however, not satisfied with the results because he believes he can do better. However, he said his target in the trials was to win the race and get the ticket to Cali.

“I was among the lucky sprinters who went to Miramas in France for specialized training in April. The lessons I picked were many and I know I will be fighting for medals in Cali. I have also recovered from a nagging hamstring injury and I expect to run faster than my current best time of 50.6. My target is 49.2,” said the Machakos-based athlete.

The 2021 World Under-20 10,000m race walk champion, Heristone Wanyonyi moved a step closer to his title defence after winning the national title.

He timed 43.16.1 well inside the global qualification time of 43:50.1 while his training partner Stephen Ndankuli missed the time, clocking 44:16.3 for second place with Dominic Mwenda third in 45:50.0.

“I’m more than ready to defend my title next month. I have been following the progress of my competitors from other parts of the world and nobody has posted better times than me. With the help of my training mate Ndankili, we are pushing each other in training to become better. I now need to polish up on my speed work to be at the level I want to be,” he said.

Maureen Cherotich defended her 5,000m national title on the opening day of the Under 20 trials at the Nyayo Stadium in 15:14.26. Cherotich now wants to go a step better and fight for gold in Cali. Jane Ghati and Deborah Chemtai finished second and third in 15:50.53 and 16:10.01 respectively.

“I enjoyed my race and I feel I can improve on my sixth-place finish from the previous championships,” said Cherotich.

With Kenya having relinquished the world title won by Beatrice Chebet from Tampere, Finland, in 2018, Cherotich feels this will be the right moment to make amends.

Kenya will be seeking the third title in a row after winning in 2018 in Tampere, where they bagged a total of 11 medals (six gold, four silver, and a bronze) and in Nairobi last year, where the medal haul stood at 16 (eight gold, one silver, and seven bronze).