AK expect to qualify more sprinters in the trials

Ngisirei added that they only have two qualified in the men's 400m while in the women's race, no one has qualified but there is a probable.

• The national junior team head coach Robert Ngisirei is optimistic that before the end of Saturday, they will be able to have more qualifiers in sprint

• Ngisirei also noted that from the 800m to 5,000m races, they are spoilt for choice 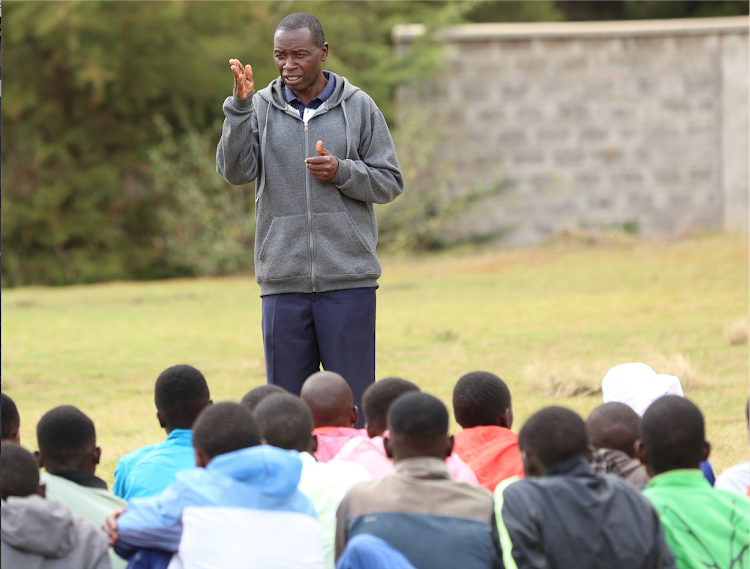 Athletics Kenya are hopeful of qualifying more sprinters and field event athletes when the World Under 20 trials go down at Nyayo Stadium this morning.

The country will use the two-day event to select a team to the World Under 20 Championships to be held in Cali, Colombia between August 1 and 6.

Kenya are the defending champions from the past two editions and head coach Robert Ngisirei said they will seek to have more sprinters on the plane to diversify their medal chances.

At the moment, only 400m hurdlers — Peter Kithome and Alocoius Kipngetich — have clocked the required time for the junior show and Ngisirei is crossing his fingers as they seek to embolden the 24-man team they sent to Tampere, Finland four years ago.

"By the end of the trials, we hope to have more qualifiers on board, especially in the 100m and 200m races," Ngisirei said.

"So far we only have two qualifiers in the men's 400m hurles, Peter Kithome and Alocious Kipng'etich. In the 400m women's race, we only have one probable and we hope to have more qualify during the trials."

However, the veteran coach noted that they have 'more than necessary' qualified athletes in distances between 800m and 5,000m.

"In the 800m race all the way to the 5,000m, we have more than the necessary number of qualifiers," he revealed, adding that they will also forego the hammer throw and pole vault jump.

During a press briefing at Riadha House, federation head Jackson Tuwei revelead that only the top athlete in each of the finals will be in the plane to Cali, provided they have the necessary requirements.

These include age, anti-doping, qualifying standards as well as possession of identification documents.

A second athlete, who has met the required standards, could also be in the team, upon verification by a selection panel, he added.

The event will be used to select a team for the World Under 20 Championships set for August 1-6 in Cali, Colombia.
Sports
1 month ago

Approximately 429 junior athletes from around the country will battle in different categories in an effort to qualify for global showpiece in ...
Sports
1 month ago
by ABIGAEL WAFULA
Athletics
01 July 2022 - 05:00
Read The E-Paper