Only athletes who had at least two anti-doping tests in-competition and one out-of-competition were selected into the squad for Oregon and Birmingham. 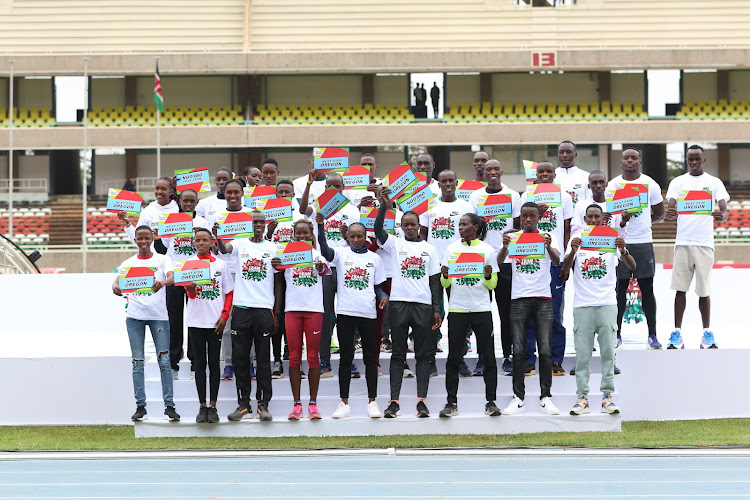 Members of Team Kenya to the World Championship in Oregon
Image: ERICK BARASA

Athletics Kenya national head coach Julius Kirwa has clarified that they used World Athletics guidelines on anti-doping requirements when selecting the team for the World Championship and Commonwealth Games.

Kirwa said only athletes who had met the minimum number of anti-doping tests were selected for the squad as per the rule which requires one to have undergone at least two tests in competition and one out of competition.

"We were guided by these regulations and we had to adhere to them because we do not want to risk. The mandatory anti-doping requirement is at least two tests in-competition and one test out-of-competition. There were athletes who had met the qualifying mark but unfortunately had not fulfilled this rule," Kirwa said.

Eyebrows were raised over the absence of certain probables from the team list to Oregon.

Nonetheless, Kirwa has clarified that those who have missed out from the team were solely on the basis of the mandatory anti-doping requirement and not their performance on the track and field.

"It does not mean that they did not perform as well as those who made the team. They were just unfortunate to have missed out because of the anti-doping rules. We have to follow guidelines and we do not want to compromise as far as this is concerned," Kirwa said.

Certain athletes in the past have found themselves locked out of international assignments for failing to undergo the stipulated number of anti-doping tests in and outside competition.

In 2019, Africa 5000m champion Daniel Simiu failed to compete at the World Championship in Doha before the same fate befell Kamar Etyang in the run-up to last year's Tokyo Olympics in August.

AK on Saturday named the 48-athlete and 53-athlete teams for the World Championship and Commonwealth Games after joint national trials for the two at Moi Stadium, Kasarani.

Turning his attention to preparations for Oregon and Birmingham, Kirwa divulged that a number of athletes have begun residential training at Moi Stadium, Kasarani ahead of a full house on Wednesday.

"We had to give most of them some time off to go home and return with all the documents they will need to travel. Those who are in the camp now are maybe those who live and train nearby. We expect by Wednesday, at least, everyone will have arrived," he said.

Kirwa further expressed optimism that Kenya will perform well in the two assignments, judging by the level of competition witnessed at the past weekend's national trials.

"The competition in most of the categories was really tough. It wasn't easy for anyone...that is an exciting level of preparation going into Oregon. If we carry with the same momentum, then there's cause for optimism going ahead," he said.

AK name strong sides for the worlds and Commonwealth Games

•Awale, who is also the Bid chairperson, said the support from African nations is a big psychological boost to Kenya’s bid and will magnify the need ...
Sports
1 month ago
by OMONDI ONYATTA
Athletics
28 June 2022 - 05:00
Read The E-Paper