The 22-year-old is focused on securing her place to Oregon and Birmingham by excelling at the national trials next weekend.

•Kenya topped the medal standings at the five-day continental showpiece 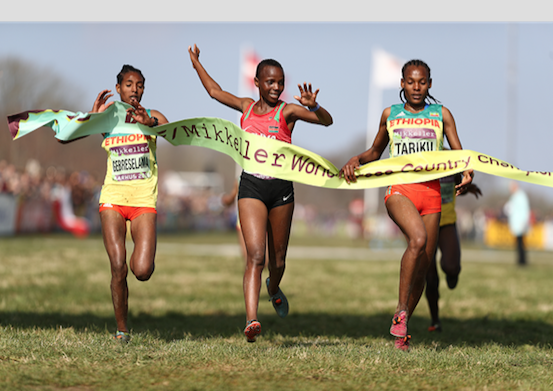 Newly-crowned African 5000m champion Beatrice Chebet says it is straight back to work for her as she aims for a ticket to the World Championships as well as the Commonwealth Games later this year.

The 2018 World Under 20 5000m champion clocked 15:00.82 to clinch the women's 5000m at the Senior Africa  Athletics Championships in Reduit, Mauritius — her first senior career medal since her win at the junior level in Tampere, Finland.

However, the 22-year-old is focused on securing her place on the plane to Oregon and Birmingham by excelling at the national trials set for next weekend at  Moi Stadium, Kasarani.

"Right now, my focus is on improving my speed so I can excel at the trials and make it to Oregon and Birmingham. I believe I am more than prepared to fight for the ticket because it has been a long time coming for my career. It is my time, I believe," Chebet said.

She added: "I am so ready for the challenge that lies ahead in the form of national trials. What I want to do right now is to focus on my weak areas, rectify them and excel at the trials."

As Chebet ran away with gold, fellow countrywoman — and colleague at the National Police Service — Caroline Nyaga took bronze in 15:05.34 as Ethiopian Belayneh Fentaye timed 15:01.89 in second.

Reflecting on her five-star performance at the wet, rainy Cote D'Or National Sports Complex, Chebet said it was a long time coming for her first medal in the senior ranks.

"I knew and believed in myself that I was due a podium place at the senior ranks. What I never expected was that gold would come this fast. I thank God so much because without Him all of this would have never been possible," she said.

Having waited for so long for her first senior medal, Chebet admits it was not a one-woman effort.

Chebet was among athletes who were treated to a rapturous reception at Jomo Kenyatta International Airport on Monday after arrival from Mauritius.

The CS said athletes' exceptional results at Senior Africa Athletics Championships in Mauritius have once again cemented the country's reputation as ...
Sports
1 week ago

Chepkirui holds on to athletics as escape route from poverty

Commenting on her next career step, the World Under 20 champion has set sights on inheriting double Olympic champion Faith Kipyegon as the queen of ...
Sports
1 week ago

The former Olympic Silver medalist said he is still not at his peak as his target is 85m.
Sports
1 week ago
by OMONDI ONYATTA
Athletics
16 June 2022 - 05:00