The men's 5000m was a standout among others on the night as spectators were treated to an intense track rivalry between the two Kenyans.

•Compatriot Jacob Krop finished second with a personal best of 12:46.79 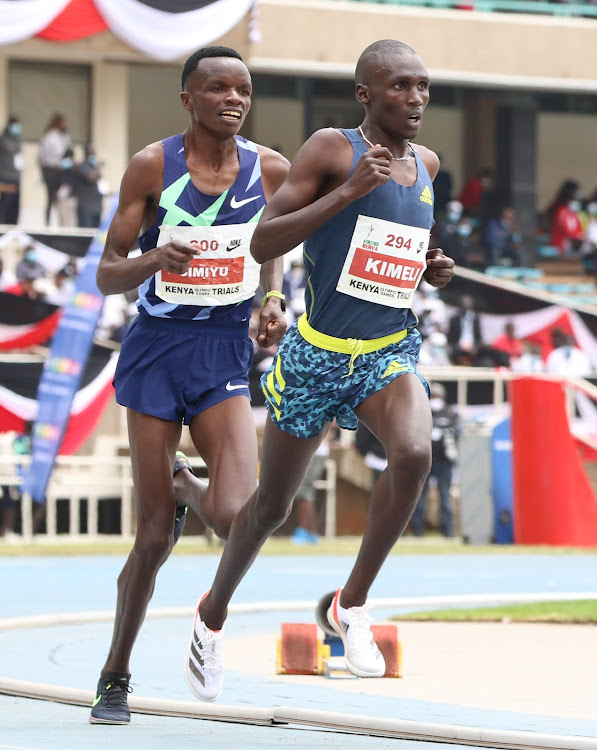 Kenyan long-distance specialist Nicholas Kimeli says his win at Thursday night's Rome Diamond League has re-energised his push for a medal at next month's World Championships in Oregon.

"Last year, I missed an Olympic medal, coming forth. So, this year I really want to focus on our trials and come home with a medal from the World Championships," the 23-year-old said.

"This race has shown me that I am in good shape and it has given me a lot of confidence. I want to fight for medals in Eugene."

The race was a standout among others on the night as spectators were treated to an intense track rivalry between the two countrymen in which Kimeli eventually outsprinted Krop for the win.

Kimeli admitted that the win was a lot tougher than it looked albeit all the building blocks for glory were in place for him.

"The weather was good, it was perfect. The race was very, very competitive. Kenyans and Ethiopians, we rival each other. I tried to push on the last 50m and it worked. I am so proud to achieve a world lead and a personal best as well as a meet record," he said.

The Adizero Road to Records 5km runner-up added: "I am celebrating it. I am feeling great because I never won a Diamond League race before, I really pushed to make it happen."

In other results of the night, Kenya's grip on the men's 3000m steeplechase seemed to loosen further as Ethiopian Lamecha Girma timed 7:59.23 to win the race.

Double Olympic champion Conseslus Kipruto, making his second international appearance since the World Championships in Doha in 2019, finished fourth in season-best of 8:08.76.

After clinching her maiden Diamond League win in Rabat on Sunday, Mary Moraa timed 1:59.26 to finish fourth in the women's 800m.

The next Diamond League event will be held on June 16 in Oslo, Norway as various athletes continue their preparations for the World Championships in Oregon, USA and the Commonwealth Games in Birmingham, England.

On Sunday, Moraa won her maiden Diamond League title in Rabat in a personal best of 1:58.93 ahead of the Rome meeting.
Sports
7 months ago

Wanyonyi sets sights on national trials after reigning in Rabat

The World Under 20 800m champion's win in the Moroccan capital came hot on the heels of another win in Ostrava and on home soil at the Kip Keino ...
Sports
7 months ago

The former Africa 10,000m champion Aprot was to chase her second continental title after winning in 2016.
Sports
8 months ago
Post a comment
by OMONDI ONYATTA
Athletics
11 June 2022 - 05:00
Read The E-Paper