Tuwei urges athletes to relentlessly speak out against GBV

Athletics Kenya president has applauded those who have been brave enough to come out and tell their stories, harrowing as most of them are. 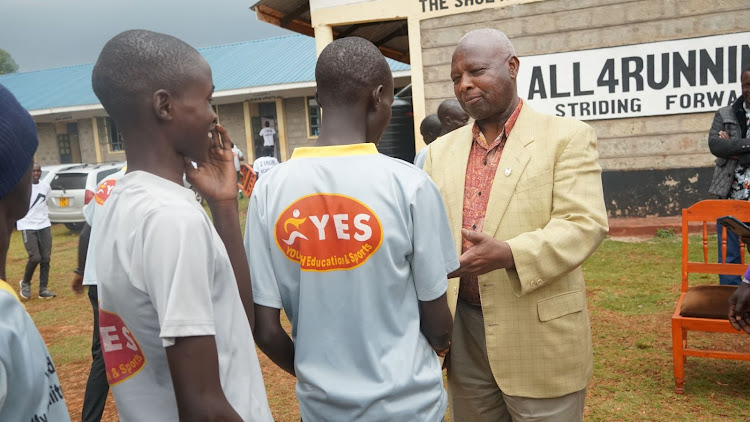 Athletics Kenya president Jack Tuwei believes one of the most effective ways to win the war against gender-based violence is for athletes to speak out about their experiences.

Tuwei admitted that GBV is a major issue within athletics circles and said more personal testimonies by athletes will raise awareness on the need to tackle the vice head-on.

"AK will never tolerate or condone violence, whether meted against or by an athlete. Our desire is to weed out this vice once and for all and one of the ways to do this is for as many victims as possible to come out and tell their story," Tuwei said.

The president applauded athletes who have thus far gathered the courage to air out their experiences to the media and described their actions as acts of bravery.

"AK understand that it is never easy for someone who has been traumatised so much to gather courage and air out their frustrations. Therefore, we thank the victims who have come out so far to tell their stories to the media," he said.

Tuwei added: "As a federation, we will not bury our heads in the sand and insist that dirty linen aired so far is non-existent. For instance, it is a reality that many athletes are victims of GBV at the hands of their spouses or even coaches and managers."

He has been in the forefront in advocating for peaceful co-existence within the athletics fraternity, often encouraging athletes and their spouses to adopt conflict resolution methods that don't lead to loss of lives or injuries.

This come in the aftermath of violent incidences involving athletes, which have left the country in shock in recent months.

Just last month, Kenyan-born Bahrain runner Damaris Muthee was found dead in her house in Iten in an apparent case of homicide, for which her Ethiopian boyfriend confessed.

This came almost six months after World 10,000m silver medalist Agnes Tirop was found with a stab wound to the neck at her home in Iten.

In December, consultative meetings among stakeholders in the industry identified GBV as a monster that has gobbled up many promising careers.

"These forums covered Ngong’,  Machakos, Keringet, Bomet, Kisii, Nyandarua, Eldoret, Mount Elgon and Nakuru, among others. A recurring cry from athletes who spoke at these meetings was sexual exploitation of athletes — especially the junior ones — GBV against male and female athletes, financial exploitation, drug/alcohol abuse and familial/societal pressures," Tuwei said.

He added: "We are currently finalizing the report of findings of this fact-finding mission. This is being done in consultation with various stakeholders, chiefly the Ministry of Sports, before its release to the public, complete with recommendations."

Ibrahim Kipkemboi Rotich is linked to the macabre killing of his lover Tirop.
News
3 months ago

• She was aged 24 years and her body was found in the rented house at Lillies estate on the outskirts of the town. • Police said she may have been ...
Counties
3 months ago

The Nocturna Valencia 15km champion says she will draw inspiration from the World 10,000m silver medalist as she shifts focus to the busy track season
Sports
5 months ago
by OMONDI ONYATTA
Athletics
27 May 2022 - 05:00