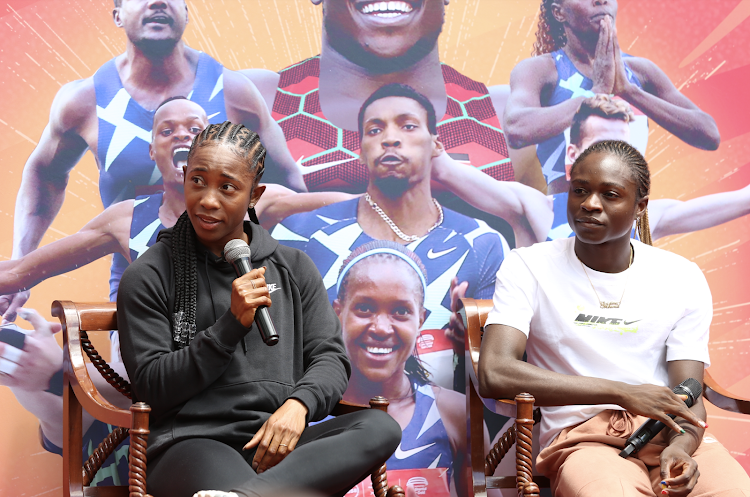 Over the past two weeks, I had the chance to cover the Kip Keino Classic at Moi Stadium, Kasarani. This was the third edition of what has been a three-legged series, which began in 2020 at Nyayo National Stadium, followed by a second one at Kasarani.

We always save the best for last and indeed, the third edition on May 7 bore witness to this saying when it exceeded expectations in terms of fan attendance and level of entertainment.

Crowds filled the stands in scenes reminiscent of the World Under-18 Championship in 2017 at the same stadium. And very few can say they went home disappointed with the level of track and field entertainment on display.

Ferdinand Omanyala's win over Olympic men's 100m silver medalist Fred Kerley in the men's 100m was a befitting way to bring the curtains down on what is thus far the largest sports event in the country this year.

Records were broken as different athletes clocked personal bests, season bests and world leads in a stadium that is now reputable as one of the fastest tracks in the continent.

Ideally, in such circumstances, sports scribes would be mobbing such newsmakers, interested to understand the story behind their incredible feats and tell it to the whole world.

Athletes are human beings as well, who often have a story behind their successes, a story to tell the world. Such encounters with the media provide them with the platform to do this in addition to attracting prospective corporate sponsors, such as kit manufacturers, managements and even endorsement deals.

This is besides other platforms, such as social media, where athletes use their social media accounts to connect and inform fans about important aspects of their career.

Which is why it was disappointing to see some athletes blatantly turn down interviews with the media at the event. In particular, one Kenyan athlete walked past cameras and microphones without as much as a word.

Even when he was begged to come back, he was very economical with his responses to the questions. Sadly, personally, I felt that this particular athlete was one of the standout performers of the day and rightly deserved to have his name beside Omanyala's in the main headlines.

If only he understood this and saw sense in granting us an interview. Instead, his mental image of the media is of bothersome people only keen to get a negative story out of athletes every time.

Kudos to Omanyala, who has cultivated an image of a man of the people and a down-to-earth human being, who is always at ease with everyone. Many scribes can attest to the fact that the African 100m record holder is always ready to return your call and speak to you freely about anything.

Athletes need to rectify this image of the media as a mongrel hell-bent on airing their dirty laundry on the newspaper pages and on TV screens. Instead, we should work together to improve the sports industry at an individual and overall level.

With empowerment, they can help identify and nurture talent at grassroots.
Sasa
2 months ago
by OMONDI ONYATTA
Athletics
24 May 2022 - 05:00