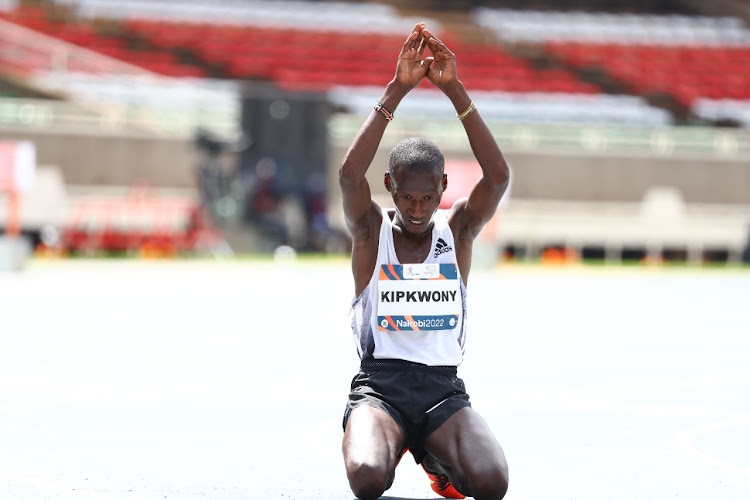 Newly-crowned Kip Keino Classic 10,000m champion Julius Kipkwony has set his focus on winning a medal at the Africa Senior Athletics Championships set for next month in Mauritius.

“This was a great race and a good build-up for the Africa championships, in which I am preparing to win  gold,” Kipkwony, who was representing the Central Rift region, said.

Kipkwony, who finished second in the same race at the Athletics Kenya national championships a fortnight ago, is also hopeful about his chances of a ticket to the World Championships and Commonwealth Games.

“I'm so happy to have won the race. I had to run a calculative race. Winning today has given me more energy to go and work on my  endurance and speed because the Africa Championships will be competitive,” Kipkwony, who trains at Torongo athletics camp, said.

He added: “It was a good way to prove that I can run well after finishing second at the national championships last week.”

The Rio Olympics  silver medalist has been out of action for a while but seemed at home when he threw a season best of 79.59 at Moi Stadium, Kasarani
Sports
2 weeks ago

The Kitale-born says he's no longer dwelling on his 9.77 African record but is thinking on lowering it to 9.60 at today's Kip Keino Classic
Sports
2 weeks ago
by EMMANUEL SABUNI
Athletics
07 May 2022 - 15:32