•Winners will pocket Ksh6.9 million in full marathon for both men and women 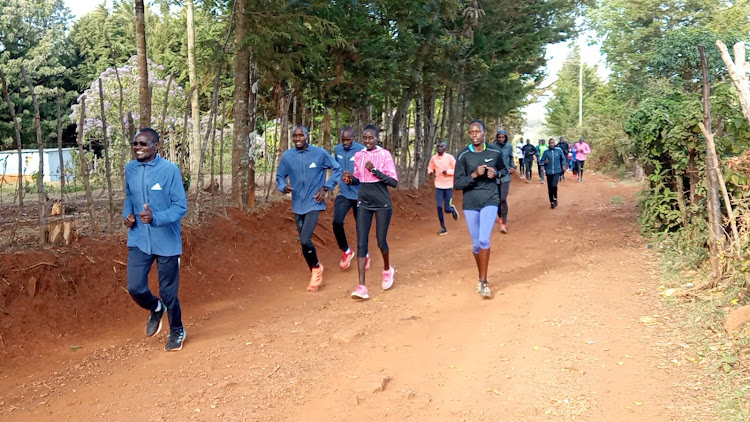 Kimitei, who has dominated the half marathons across the world, will be debuting in the full road race but is still hopeful her preparations will bear fruit.

“This will be my first time running a marathon but I am well prepared to run well and finish on the podium. With that, I will celebrate,” Kimitei said.

She added: “I wanted to run 21km but I had to change my mind to run in a marathon, which is the best place to launch my full marathon career. Running at home is very challenging and placing in the top 10 is always a good achievement."

Sharpening her running skills in Iten, the former Millennium Half Marathon runner is, however, cognisant of the tough competition ahead considering the lucrative prize money on offer.

“The race has good money and many athletes will be running. This means it will be so competitive, unlike other Kenyan races. Top athletes are expected to run for a better kill. With this contingent, I need to up my game and add more efforts to attain my target of reaching the podium,” she said.

Last year, she finished third at the Kigali International Peace Half Marathon, timing 79:49 behind Ethiopian Marthe Yankurije (75:07) and Adeline Musabyeyezi (76:28) in first and second respectively.

Dubbed Uhuru Classic, the race will start at the Nyayo National Stadium, where 33km will be run on the newly-built Nairobi Expressway, then the Central Business District.

Winners will pocket Ksh6.9 million in the full marathon for both men and women, second-placed finishers will earn 4.02 million while third-placed finishers are entitled to 2.875 million, running down to 20th finisher.

Athletics Kenya president Tuwei assured all competitors that the course has been certified as world class and thus any record broken will be ...
Sports
7 months ago

Race director, Philip Makau Muia, said the early preps will help them manage the big field that is expected for the event
Sports
7 months ago

You don't need to thank me, helping others is my lifestyle

Three-time Nagano Marathon champion Isaac Macharia knows the pain of sleeping on empty stomach, trekking for long distances and missing out on school
Sports
9 months ago
Post a comment
by EMMANUEL SABUNI
Athletics
05 May 2022 - 05:00
Read The E-Paper