•The three-day competition runs from Tuesday through Thursday 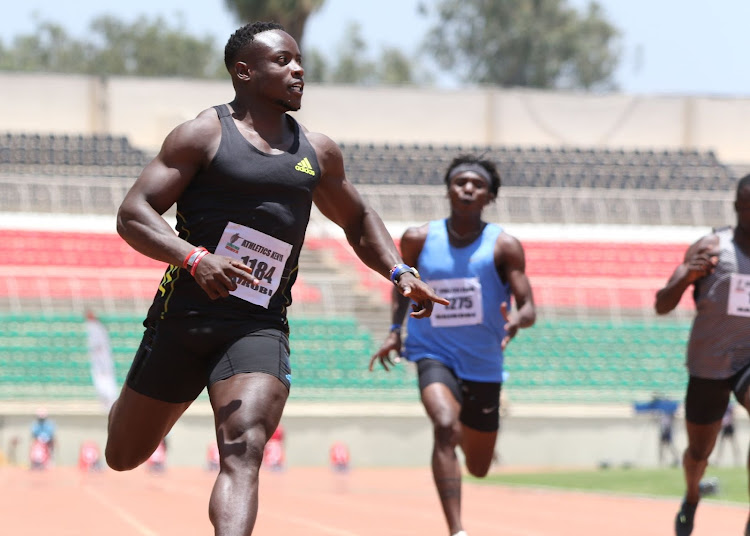 The national 100m record holder believes his maiden medal is long overdue and is confident the continental showpiece is a perfect platform to achieve the feat.

"It would be great to win the African title before the World Championships and the Commonwealth Games. It kind of bothers me that I am an African record holder but have yet to medal in a major competition. Gold in Mauritius would also boost my quest for the world record and a world title," Omanyala said.

He will be heading to Kasarani a confident man, having shone at the Athletics South Africa Grand Prix a week ago by clocking 9.98 on his way to victory in the men's 100m.

Despite being the outright favourite for the national title, Omanyala admits there could be surprises in the race.

"My focus is on myself... to ensure I apply what I have been working on in training. Of course, you never know...there could be a surprise package. Maybe someone unknown from Western or Nyanza may come and cause an upset," he said.

The championships were initially scheduled for April 28-30 but have been brought forward to April 26-28 (Tuesday to Thursday) owing to the burial plans for the late former president Mwai Kibaki.

Omanyala said the change in schedule has not affected any of his preparations.

"It's just the perfect timing. I had already cut down on my training and was now just waiting for the competition. I hope the fans will fill the stadium. I will provide them with the entertainment they will be looking for even as I target a sub-10," he said.

Likewise, Valencia Ibercaja 10km champion Daniel Simiu says he remains relentless in his search for a maiden medal at the international level.

Simiu will be competing in the men's 5,000m race and says his minimum target is to make the Team Kenya to Mauritius for the continental showpiece on June 8-12.

"Dreams can't let me sleep. I am excited to show the world who I am and everything I have to offer. No one can stop me from meeting my goals," he said.

Simiu's last race was at the World Indoor Championships in Belgrade, Serbia, where he clocked 7:42.97 to finish fourth in the 3,000m.

He will be hoping to apply the lessons learnt during the indoor season for better results outdoors.

The first event of the three-day championship will be the hammer throw whereas the men's 4x400m relay will close the curtains of what is the first of a busy track and field season for Kenyan athletes.

A week later, the 60,000-seater Moi Stadium will host the third edition of the Kip Keino Classic.

Adala won gold in the women’s 100m at Senior Africa Athletics Championships in Cairo, Egypt in 1982.
Sports
7 months ago

Tuwei was speaking on Friday morning during the media launch of the annual event at Safari Park Hotel, Nairobi.
Sports
7 months ago
Post a comment
by OMONDI ONYATTA
Athletics
26 April 2022 - 05:00
Read The E-Paper