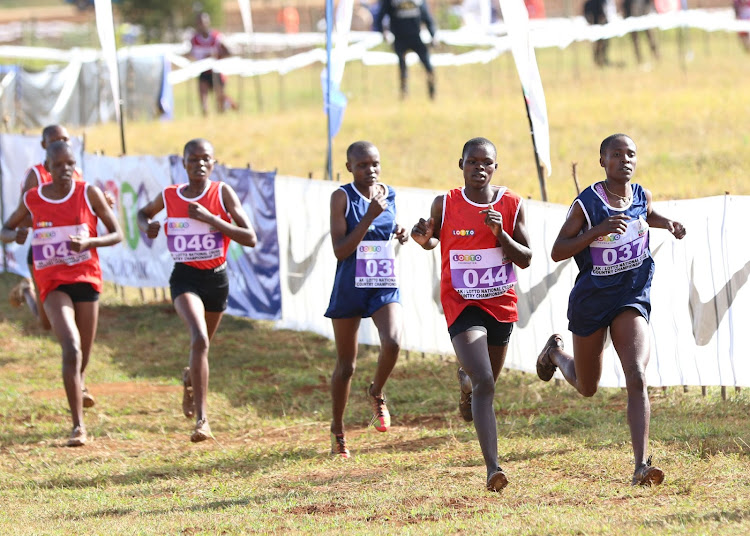 The newly-crowned Tokyo Marathon champion said she has been encouraging Pamela to perfect her craft in running as early as possible and offering her tips to survive in the game.

"Yes, she is our lastborn sister. I saw she could become a great athlete and told her to start by running in school competitions. I believe she is the closest to inheriting the mantle from me within the family and even achieving greater things," Kosgei said.

Pamela jumped into the national limelight when she clinched the girls' under 18 5km title at the national cross country championships on January 22 at Lobo Village, Eldoret.

A week later, she timed 1:17.9 to clinch the 6km junior women's title at the Discovery Kenya Cross Country Championship. She also finished third in the girls'5km race during the Agnes Tirop Memorial, where she clocked 18:26 behind Joyline Chepkemoi (18:05) and Maureen Jepkoech (18:14) in first and second respectively.

One ingredient Brigid feels will spur her younger sibling to greater heights is her resilience.

"I love the fact that she is a resilient lady and very disciplined. I told her life is not a bed of roses, rather is an exam for which you must prepare and persevere. It is only when you persevere that you will be able to get the good things of life," the two-time Chicago Marathon champion said.

Despite her successes in road races, the Olympic marathon silver medalist says she does not fancy any of her children following in her footsteps.

"The circumstances for them joining athletics would be quite different from mine. Many of these elite athletes joined the sport out of the hardships in which they grew. For myself, my dream had always been to finish school, pass well and get a good job but that was not to be...school fees was a challenge so I resorted to athletics," Kosgei said.

Although there is nothing more she would love than to break her own world record, the double London Marathon champion says she is content with what she has achieved thus far in her career.

"Eliud likes to say that no human is limited. I believe the best is yet to come but breaking the world record will depend on other factors. It depends on how you wake up and your training. Most importantly, it is God who decides...I will be content with the much I have achieved if He decides so," she said.