The Nocturna Valencia 15km champion says she will draw inspiration from the World 10,000m silver medalist as she shifts focus to the busy track season

•Chepkemoi led a Kenyan sweep of the podium, timing 34:02 in first place 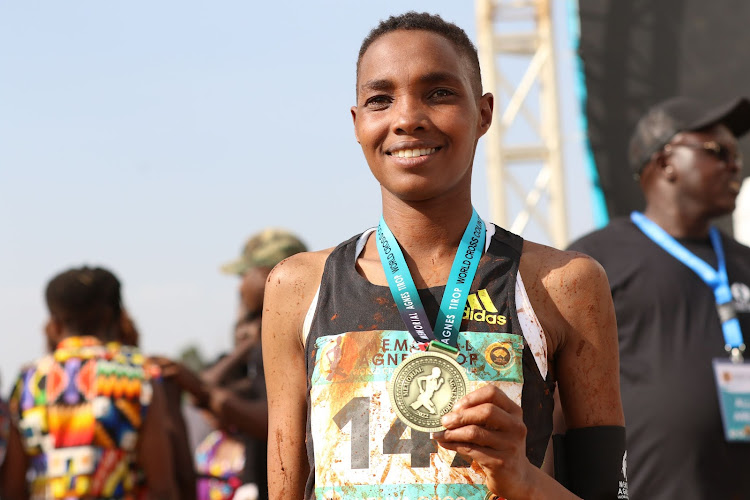 It was another day to remember for Kenya Defence Forces' Joyce Chepkemoi as she stormed to victory in the women's senior race at the Agnes Tirop Memorial World Cross Country Tour at Lobo village in Eldoret.

It was the same script for Chepkemoi who had produced a shocking win at the National Cross Country Championship at the same venue, over two weeks ago.

"I am so excited that once again I have won at this venue. I thank God for today's victory. It is the right platform I need as I shift my focus to the track and field season," the 2018 Trento Half Marathon champion said.

Chepkemoi added: "My biggest desire this year is to run at the World Championship in Oregon, specifically the 10,000m. I hope by the grace of God it will be a similar story for me as has been in the cross country."

In her quest for glory, the Nocturna Valencia 15km champion said she will draw inspiration from the late Agnes Tirop, describing the world 10,000m silver medalist as a beacon of hope for many athletes.

"The way I remember her is that she was a person who liked to associate more with upcoming athletes than established ones. She would encourage us and share useful tips on how we could improve ourselves. She used to double in 5000m and 10,000m and I hope to follow in the same path," she said.