IN HONOUR OF TIROP

•Kamworor says he will be running the race in memory of his great friend, the late Agnes Tirop 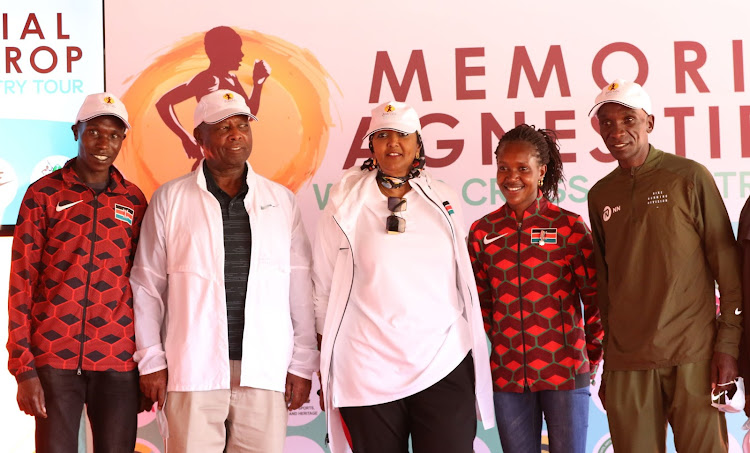 The inaugural cross country meet has been named Agnes Tirop Memorial World Cross Country Tour in honour of the fallen star who was found murdered in October last year at her home in Iten, Elgeyo Marakwet.

"She was one of my closest friends who always had encouraging words for me whenever we went for competitions. We would advise each other. So it is appropriate that this event be named after her and be held in the City of Champions, which is Eldoret. It is a privilege to run in this race to remember her and of course, to market it as a world-class," Kamworor said.

Despite successes in past cross country races, the 2011 World Junior Cross Country champion says he is not fixated on claiming a podium place in Eldoret.

"Of course, I am naturally a cross country runner but for me, what matters most is to run a good race and remember my good friend Agnes. Other than that, it is difficult to tell how the race will pan out. I have managed to go around the course and it is perfect. I can't wait to run on it," the three-time world half marathon champion said.

It was not a rosy 2021 for Kamworor who began the year on a sour note, pulling out of the men's senior race at the national cross country championship before he had to pull out of the Tokyo Olympics due to an ankle injury.

Nonetheless, the 2017 and 2019 New York Marathon champion is keen to put the underwhelming year past him and focus on upcoming competitions in 2022.

"I don't want to comment much because last year was challenging for a lot of athletes. Many were not able to train effectively but we hope this year will be different and will be able to compete in a majority of competitions," he said.

Kamworor added: "The season is still young; we have just begun the year. I can't say much about my plans for the season but these cross country races are the perfect build-up for this year's competitions."

The 2017 World Cross Country champion is elated by the country's burgeoning reputation as a destination for major athletics events.

"It is wonderful to be competing against other great runners from other parts of the world. Normally, we are used to going outside for international events but this time it is coming home. This shows how Kenya is growing as a host nation for athletics events," he said.

The one-day invitational race will bring together a number of local and foreign athletes, among them, world 5k record holder Letesenbet Gidey of Ethiopia.