A HEART FOR JUNIORS

The 2014 World Youth 3000m steeplechase champion has set sights on the series in readiness for the World Cross Country Tour and the World Championship in Eugene.

•Lack of funds to meet their needs may deny many from participating in Cross Country Series.

•Chepngetich further says there should be more interactions between athletes' representatives and those at the grassroots. 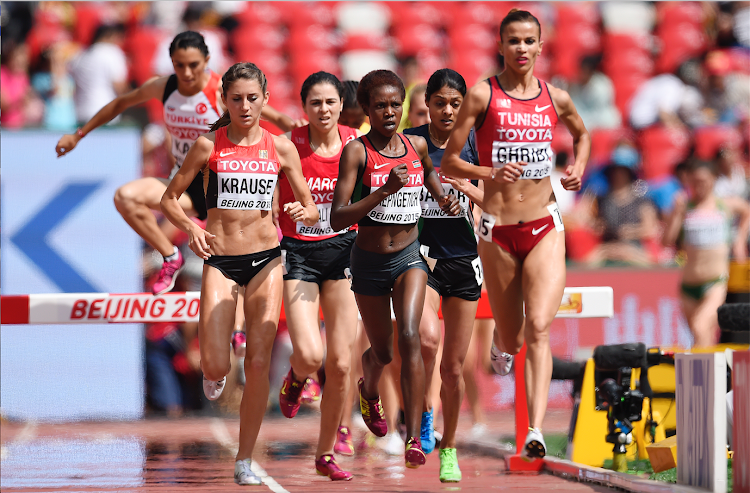 Rosefline Chepngetich during the heats of the women's 3,000 metres steeplechase at the 2015 IAAF World Championships in Beijing, China.
Image: AFP

Chepngetich said lack of funds to meet their needs may prevent many talented athletes from showcasing their abilities in the different legs of the series.

"Upcoming athletes suffer the most due to lack of finances. This is so especially now during the cross country series. It would be great if AK could come in and take care of their transport or even accommodation," Chepngetich said.

The 2014 World Youth 3,000m steeplechase champion also believes more interactions between junior athletes and their representatives at AK will alleviate most of the problems at the grassroots.

"Many young careers have been cut short by exploitative relationships. Once a junior athlete becomes pregnant, it basically means their career is over before it even started. Having our athletes' representative visit us more often will empower many of these young ones and keep them on track," she said.

The cross country series started on November 6 in Machakos and headed to Iten and Ol Kalou on November 13 and 20 respectively.

Chepngetich herself has set sights on the series in readiness for the World Cross Country Tour as well as the World Championship in Eugene, United States.

"Even though the World Cross Country has been postponed, we still have the World Tour. I will be running in one of the legs for the Cross Country Series as I prepare for the World Championships in Eugene," she said.

It has been a somewhat disappointing year for the 2013 World Youth 2000m steeplechase champion after she missed out on the Tokyo Olympics after finishing 11th at the national trials.

However, Chepngetich chooses to focus on the positives even as she prepares for next year.

"I had really wanted to go to Tokyo but it was not to be. However, I competed in the Diamond League and that is a positive thing. My focus now is on next year and all the disappointment is behind me."