The former Commonwealth 5000m champion says her father's wisdom has enabled her avoid the pitfalls associated with running. 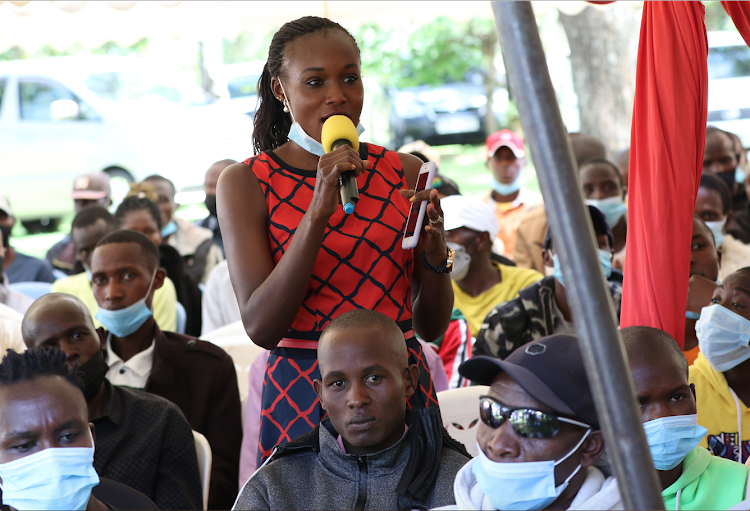 The 2014 Commonwealth Games 5,000m champion Mercy Cherono has described her father as a pivotal pillar in her athletics career since her junior heydays.

Cherono said her father's frequent advice has helped her avoid pitfalls that many athletes experience in the course of their careers.

"The first thing is to trust in God. The second is to have a strong relationship with parents. I have been very close with my father and he has been advising me, alongside my mother, ever since I was a junior runner. Up to now, I still consult him on various issues and that is why I have not had challenges with rogue coaches," Cherono said.

The 2013 world 5,000m silver medalist subsequently advises athletes to love themselves first as well as to remain close to their old folks if they are to excel.

"You need to respect yourself first and place a high value on what you do. You also need to trust in God, respect your parents as well as the coaches. If you do this, then you will be able to shield yourself from such unscrupulous individuals," she said.

Cherono further advocated for gender equality in the athletics coaching sector to mitigate cases of sexual harassment of female athletes by male coaches.

"If you look at the South Rift for example, majority of the coaches are male. We need to empower more ladies to become coaches. I believe they are better placed to mentor the young athletes and guide them on what to do right to avoid falling prey to rogue coaches," added the 2010 World Cross Country junior champion.

Regarding upcoming competitions, Cherono has set sight on next year's major competitions and plans to compete in the ongoing national cross country series.

"I feel it would be a good opportunity for me to get in shape in preparation for next year," she said.

Cherono was among hundreds of athletics stakeholders who showed up in Kericho County for a consultative meeting with Athletics Kenya as part of face-to-face discussions on the issues ailing the sport.

"The ladies have decided to be more vocal about it but the men choose to remain silent. Many are struggling with the management of family affairs back home. It is a tough act balancing between career and family needs, which often collide," Cheruiyot said.

He urged AK and other stakeholders to impart the importance of education onto young athletes at the grassroots rather than wait until their careers are so far gone.

"Those who cannot afford fees should be assisted so they can balance between education and career. We have the Olympics 800m champion (Emmanuel Korir) who is in the US but is often available to compete in local races back home," he said.