Omanyala calm and collected amid contract storm over career

The national 100m record holder,who has expressed a desire to nurture upcoming sprinters in the country, says he expects a rough ride even as he embarks on this mission.

•Omanyala's management team, DBA Africa, and legal team announced they had terminated their contract with the Olympian

•When quizzed about it, the sprinter did not divulge much, saying he'd rather focus on the future 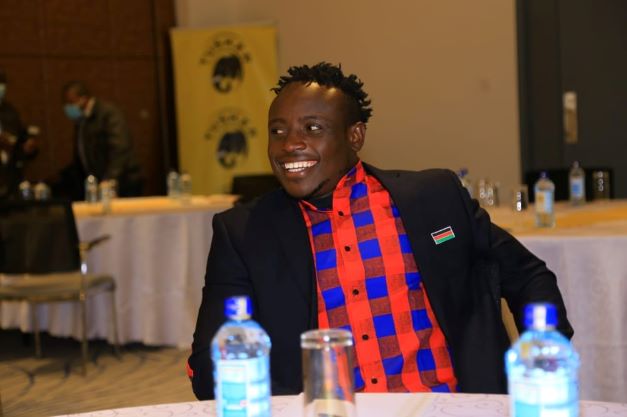 National 100m champion Ferdinand Omanyala says he does not wish to dwell much on the withdrawal of his management and legal team but would rather focus on growing his sprints career.

In the aftermath of setting a new African record of 9.77 at the Kip Keino Classic, Omanyala's management team, DBA Africa, announced they had terminated their contract with the Olympian.

Soon after, his legal team, SNOLEGAL Sports & Entertainment Law, said they were withdrawing their services towards the runner.

Nonetheless, Omanyala remains tight lipped on the reasons behind the recent storm.

Omanyala, who has expressed a desire to nurture upcoming sprinters in the country, said he expects a rough ride even as he embarks on this mission.

"In the sprints,  I may be the first born in this category. I have been punched and punctured left right and centre but those coming behind me are going to have an easy ride,” the Tokyo Olympics semi finalist said.

He added: "I believe in the foundation and consistency I have set. Hopefully, it has inspired someone and ten years from now, we will have more sprinters in the country."

Although it has been quite while since he last travelled to his rural Trans Nzoia County, Omanyala says his homeland remains a big part of his heart and long-term plan to mentor more sprinters.

"I have not gone back to my home but my plan is to go back and build a stadium there to encourage young people to take up sprinting now that I know it is possible to reach the highest level,"he said.

Omanyala was among Olympians feted for their exploits in Tokyo at Wednesday's award gala by Olympics Kenya in Eldoret.