AK North Rift PRO Boniface Tiren said they will soon call a press conference once they have full details of what transpired in the athlete's death.

•Macharinyang won silver at the 2005 Africa Junior championships in 10,000m before finishing 6th at the 2006 World Cross Country Championships 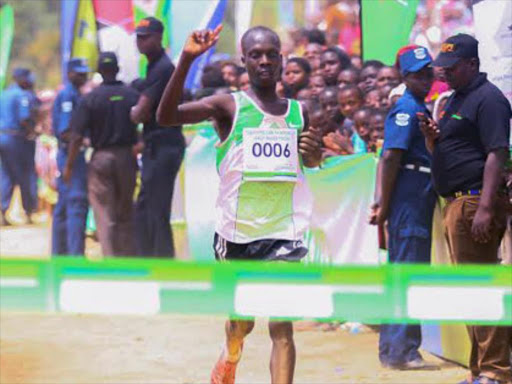 The athlete, who has represented Kenya in various international events, died on Saturday at his home village of Murkwijit in West Pokot County.

Confirming the incident, Athletics Kenya (AK) North Rift public relations officer , Boniface Tiren, said the county has lost one of its most talented sportspersons who had a bright future ahead of him.

“It is a sad affair, losing such young person in such bad way. He was a young man that the country and locals could look upon in terms of athletics career,” Tiren said.

He added: "As a region, we have lost a young and intelligent man who could steer his county, that is coming up in sports to a greater height.”

The 10,000m specialist first wore the national colours while compete in the 2004 world junior championships, finishing 4th in 28:36.50.

He managed to win silver at the 2005 Africa Junior championships in 10,000m before finishing sixth at the 2006 World Cross Country Championships, guiding Kenya team to win gold medal.

Apart from shining on track, he also finished fifth in marathon debut at the Stramilano Half Marathon in 2008. In 2009, Macharinyang won the annual Tuskys Cross Country title in Eldoret before going on to finish fifth at the Udine Half Marathon in Italy.

Tiren said they will be calling a press conference once they have  full details of what transpired.