Like Niyonsaba, Mboma has been barred from running her favoured 400m unless she takes the testosterone-reducing drugs.

•The Burundian won an Olympic silver medal at 800m in Rio in 2016 and also came second at the London world championships a year later.

•But Niyonsaba, like South Africa’s gold medal winner in Rio, Caster Semenya, saw her hopes of continuing in the two-lap discipline dashed in May 2019 after World Athletics introduced controversial rules governing testosterone levels. 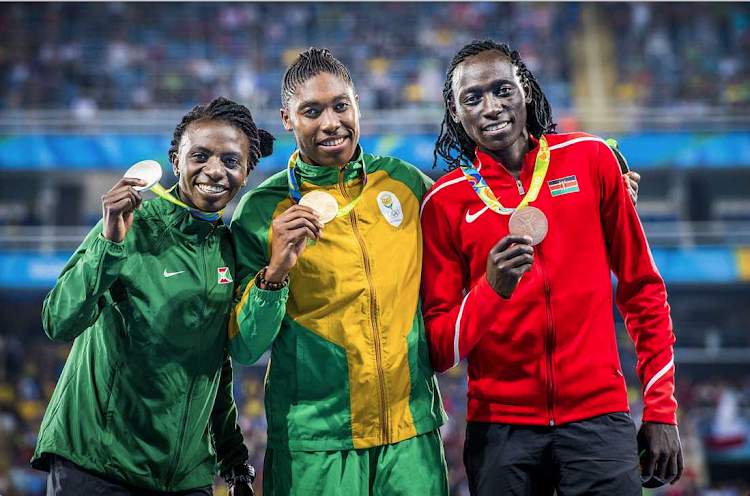 Unusually for an athlete in her mid-20s, Francine Niyonsaba has been forced to recalibrate from an outstanding multiple medal-winning 800m runner to adopting the 5,000m as her new event.

The Burundian won an Olympic silver medal at 800m in Rio in 2016 and also came second at the London world championships a year later, and is also a two-time world indoor champion.

But Niyonsaba, like South Africa’s gold medal winner in Rio, Caster Semenya, saw her hopes of continuing in the two-lap discipline dashed in May 2019 after World Athletics introduced controversial rules governing testosterone levels.

Female athletes like Niyonsaba and Semenya who have unusually high levels of testosterone, which gives them added strength, are prohibited from competing in races between 400m and a mile unless they undergo treatment to reduce the levels.

It left them looking around at what other events they might qualify in for the Tokyo Games. While Semenya failed to make the qualifying time amid a court battle, Niyonsaba made the cut for the 5000m in only her second competitive run over the distance.

“It was a long journey. I was blessed to be in the Olympics,” Niyonsaba said ahead of the two-day Diamond League finale in Zurich on Wednesday and Thursday. Burundi's Francine Niyonsaba competes in the women's 10,000m final during the Tokyo 2020 Olympic Games at the Olympic Stadium in Tokyo on August
Image: AFP

Now 28, she said: “Since I was born, I have not had an easy life and I love challenges and I face them with a lot of determination and perserverance.

“To transform 800m into long-distance, it’s not easy. In the Olympics it was new challenges, new experiences, so I was happy.”

Niyonsaba had relocated for training to Eugene, Oregon, as an athlete affiliated to the US sportswear giant Nike.

But her change in distance on the track saw her decide on a different course, swapping Eugene for the foothills of Kenya shortly after she was barred from her favoured 800m in May 2019.

“It was the right decision to move from America to Kenya because I knew Kenya is home of champions in long distance,” she said.

“To meet many athletes there... Meeting Kipchoge in the morning, it gives you motivation!” she said, referring to the dominant marathon runner in the world, Eliud Kipchoge.

Kipchoge’s Kenyan teammate Hellen Obiri, the two-time world champion and Olympic silver medallist behind Sifan Hassan in Tokyo, will likely be Niyonsaba’s main rival in Wednesday’s race, run on an unorthodox 560-metre track on the shores of Lake Zurich.

“Every race is new for me. I think it’s going to be a great race,” the Burundi athlete said. “Running with Kenya’s Hellen Obiri is an honour.” 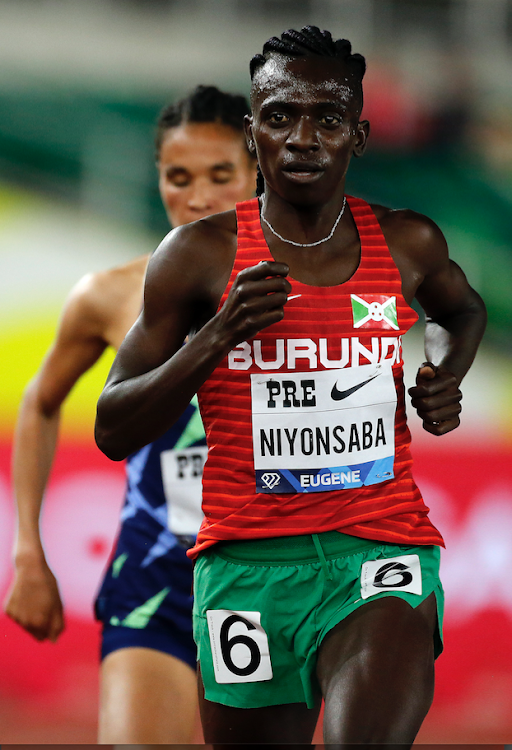 Francine Niyonsaba of Burundi runs the 2 Mile race during the 2021 Prefontaine Classic at Hayward Field on August 20, 2021 in Eugene, Oregon.
Image: AFP

Like Niyonsaba, Mboma has been barred from running her favoured 400m unless she takes the testosterone-reducing drugs.

The fact the pair beat current world champions after recent decisions to swap events out of necessity raised the contentious issue of whether regulations put in place by the sport’s governing body to try to create a “level playing field” actually go far enough.

It is a delicate subject, but Niyonsaba was sanguine.

“I’m here and I’m doing well,” she said. “I’m back because I want to make sports be in a better place and keep inspiring others.